« D is for unintelligent
Bailing for Julian (Assange) » 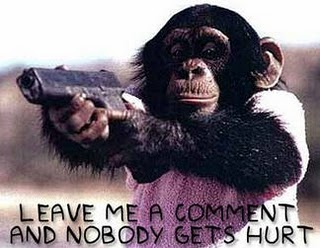 I recently had cause to mention our comments policy at thePaepae.com, saying I’m not a big believer in censorship, but there are limits:

That’s not how I try to play it at thePaepae.com, Jen. I’ve actually stopped some comments alleging ‘criminal’ actions by Shaun Stenning from appearing, but generally, this site goes pretty much uncensored except for spam, valueless self-promotion, and downright nasty stuff aimed at people (even if they deserve it, sometimes).

I’m a fan of open discussion, but I’ve learned from my own experience that online, some people can fly off the handle, especially behind an anonymous persona, and their ‘contributions’ — often personal or vitrolic — can derail a good ‘conversation’.

Note to Shaun Stenning:
Shaun, you might be surprised (or not) at the vehemence of comments about your business practices, ethics and personal character that we have received at thePaepae.com. And not just yours, I hasten to add, but in the last few weeks with the reported ‘refund movement’ arising as a result of your Asian sales operations, there’s been a big uptick in angry anonymous comments aimed at you.

We have thus far filtered and prevented a bunch of them in this category from showing because, well, the vitriol is unseemly, it seems unfair to you to let anonymous posters clobber you in that way … and although provoked by clearly heart-felt emotions, in many cases the allegations go too far when they are not substantiated within the comment.

Note to commenters:
If you have something you want say, and say it strongly, go for it. Just be aware, as I have noted on a few comments, it’s not OK to accuse someone of criminal actions unless you have proof evidence (a pretty high standard is required, naturally) nor, as a matter of the tone of the site, to make unsubstantiated character attacks (“Liar”, “Conman” etc.) Share your opinion (and your experience please) sure, but don’t go nuts.

And don’t make the mistake of criticising someone for exaggeration and hyperbole by using, um, hyperbole. As I said to Kieran Trass recently:

“It’s unworthy to fight what you see as unfairness
with more unfairness.”

—
Any questions, email us at the address here.