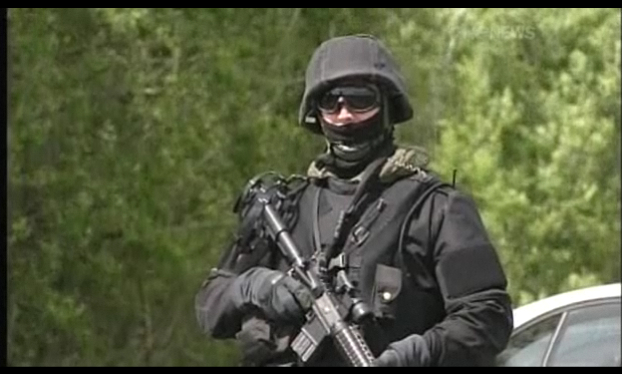 I’ve held off making any comment about the Crown decision, announced this week, not to retrry the ‘Urewera Four’ on charges of ‘belonging to an organised criminal group’ after their original trial jury failed to reach a verdict on those charges. This, despite my own (default?) views of police powers, disclosed here before.

But wow! I’ve just read Chris Trotter’s article about the case: In a Weakened State at his Bowalley Rd blog. If you care about such matters, as I do, it’s a MUST READ. Seriously good, and, unlike some more pedestrian analysis, it offered some surprising angles, including:

Bluntly, the accused’s’ defence team and their tireless army of propagandists ran rings around the Crown. They not only won a significant political victory in terms of the “Urewera Four” case, but their undeniable success in making the Crown look both weak and stupid will very likely deter its servants from attempting anything similar for many years to come. It will require a very brave Police Commissioner indeed to repeat Howard Broad’s gutsy call of 2007. (emphasis added)

Go and read it, and enjoy the dissonance of someone like Chris Trotter lamenting, almost, our security agencies’ lack of a team of decent spies(!) …

I agree with him about the police and SIS fixation with toys. But this nails it as far as I’m concerned:

Assistant Police Commissioner, Jon White’s, operationally brutal and strategically idiotic raid on the sleepy Tuhoe village of Ruatoki destroyed any chance the Crown might have had of mounting a successful prosecution of the fledgling Urewera guerrilla force. The NZ Police utterly underestimated the vigour and sophistication of the Left’s propaganda capabilities and, from the very beginning, were forced to play “catch-up” in the struggle for hearts and minds.

The imagery of the police shutting down Ruatoki was so jarring, they lost public sympathy then and there. I’ll have more to say about propaganda and ‘political optics’ another time. For now, go and read Chris’s illuminating article.