« Attention to detail and credit where it’s due
Can we learn WITHOUT the experience? » 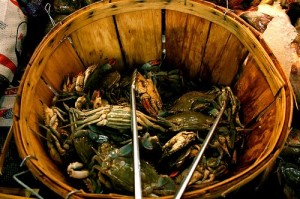 “[A]t its worst, the show chokes on its own sanctimony,”

The opening line of her review, ‘So Sayeth the Anchorman‘ reads: It’s not enough to be right; everyone else must be wrong. That’s what distinguishes the self-righteous from the righteous…

Let that sink in for a moment.

Then ask yourself this: SO HOW SHOULD one raise a flag and appeal for ‘better’ without opening oneself up for this type of criticism? Or the tired old charge: You’re just a hypocrite! Is there a way? I don’t know if there is.

Juana Atkins, to whom I respond when she addresses me, recently spat another wounded jab at me. While researching something else on the internet I stumbled across this gibe aimed at me on her husband’s often histrionic hate blog. Juana described me thus:

” … a writer quick to accuse everyone of the very evils he himself regularly commits. Eg slander, lies, gossip, emotional rants, imbalance etc etc all the while claiming that he is above such things as he is an ethical journalist with morals doncha know?”

That’s a nifty (self-righteous? ha!) definition of me as a hypocrite — or it would be, if it was true.

Let me be clear: I am openly critical of Juana’s husband Cameron Slater’s deceitful agitprop and his incessant character attacks, smear campaigns and ‘weaponized’ invasions of privacy. (See: Of bloggers, dogs and fleas. The Ports of Auckland’s ‘ethical and legal breaches’). I think overheated sectarianism such as his blunts intelligence, and I call that as I see it: Ambition, self-selection and brainless tribalism. Bleurgh!

But do I, as Juana so bitterly asserts, hypocritically ‘accuse everyone of the very evils’ I regularly commit myself? No, I don’t think I do.

As noted, I am sometimes critical and I admit that. And I do sometimes talk about the approach I consciously aim to take when discussing news, ideas, technology, politics and media issues here and elsewhere: To be be fair; to provide accurate evidence for my assertions; to explain my analysis and my conclusions; to be careful of others’ privacy; and to give people a right of reply.

There’s nothing wrong with having a point of view, as the hugely influential and much-copied blogging journalist Andrew Sullivan demonstrates on a daily basis. ‘Biased & balanced‘ is his tagline. (Bravo, I say, as we have discussed before, and in posts such as Media neutrality vs being truthful.)

Look, I can be fairly plain-spoken in my condemnation of specious propagandists, disassembling their ‘spin’, their lies and half-truths … and, sure, I will sometimes gnaw on a bone, or slip into what I myself call ‘purple prose’ (hey, it’s a blog)… but is that the same thing I criticise in others? No, I don’t think so. But maybe it feels like that to Juana Atkins.

You’ll notice Juana (aka ‘Spanishbride’) offers NO examples, nor any reasoned basis for her fact-free assertions. Indeed, her comments about me seem to ignore the charitable veil I’ve drawn over recent reports about her husband’s activities. So whatever it is Juana Atkins accuses me of ‘gossiping’ about here at The Paepae, it can’t be that. (What then, I wonder?)

IT’S SO EASY to level charges of ‘hypocrisy’ at one’s critic or to try to demean someone calling for higher standards in social media (like, say, truthfulness) as I do. e.g. My post about a Whale oil truth FAIL.

Juana’s shallow, inaccurate slagging off adds nothing of value to the blogging ‘community’. We learn nothing, gain nothing from such wounded defensiveness. Looks like another FAIL.

PS: Please be clear: I don’t for a heartbeat profess to compare my ‘umble efforts here at The Paepae to Aaron Sorkin, but in all modesty there is a common thread: Someone trying to shine a light, to call for ‘better’ getting pulled down as ‘sanctimonious’ or hypocritical by crabs in the bucket. Boo!

To paraphrase Oscar Wilde: We are all in the gutter, Juana Atkins and Allesandra Stanley, but some of us are looking at the stars.