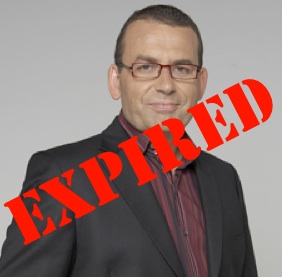 What a tosser. Paul Henry does not represent the New Zealand I want to live in, or see reflected on TV.

About our Governor General, Henry the supposed ‘royalist’ asked the Prime Minister this morning

So Paul Henry is ignorant, as well as rude and, apparently, racist.

“Paul Henry’s comment made me very uncomfortable as a New Zealander, and I don’t wish to associate, or be associated with people who make such comments. Although I doubt that my actions will in anyway influence someone such as Paul Henry, I do not wish to appear to condone his perspectives by my inaction.”

Lose the bully-boy TVNZ. See also Say goodbye to Paul Henry the abusive try-hard including this comment from Brian Edwards.