« Nothing ‘new’ under the sun
Playing with numbers » 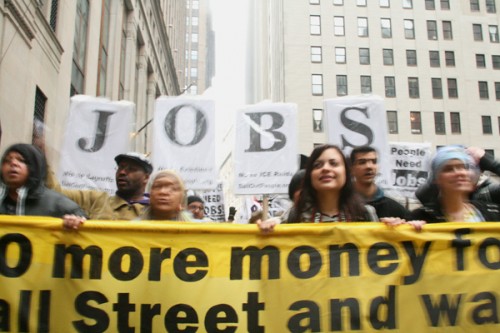 The backlash against the alarmingly greedy pigs on Wall St (“Bail Out People, Not Banks”) was long overdue. Self-inflicted wounds.

We’re also familiar with the loathing of the corporate fat cats who showered excess on themselves even as the punctured airship foundered — and, more scandalously, even in receipt of taxpayer-funded bailouts.

But now I detect a whiff of a different opprobrium — this time directed at the financial planners and ‘advisors’. In many cases, these ‘advisors’ were nothing more than commission salesmen who directed old biddies and the naive to ‘invest’ their life savings into dodgy finance companies and other dubious ‘investments’ — clipping the ticket i.e. getting paid a slice of the capital as commission on the way.

Some disappointed and ripped-off ‘investors’ have sought redress from the their advisors, with little success. In NZ the scandal of the collapsed finance companies (e.g. Bridgecorp and Hanover among others) is only intensified by reports of the inflated commission levels paid to the advisors who sucked funds into the ill-fated companies on their way to oblivion.

Often, it turned out, the investments were made with inadequate ‘diversification’ — or, to put it another way: it seemed in some cases the money was directed by the ‘advisor’ to the firms that paid the highest commission.

In return for a larger-than-normal clip of the ticket, it seems, some respectable-looking advisors sold their clients down the river and directed the investment — often the only income-producing a retired couple may have had — into the coffers of now-frozen or defunct ‘secured investments’.

In a classic case of locking the door after the horse has bolted, the Securities Commission is working up a code of conduct for financial advisors. A few comments from a stuff.co.nz article about the code are worth highlighting:

Financial advisers have been portrayed as both collaborators and fall guys in the finance company collapses.
[…] The biggest criticisms of advisers who backed the wrong horses has been either that they were hiding conflicts of interests or at the very least lacked the competence to discern when a product was too risky to recommend.
The intention of the new Securities Commission-driven code of conduct is to register financial advisers and make them accountable for the advice they give.

David Hutton, chief executive of the Institute of Financial Advisers (IFA), says it is accepted that minimum standards for the industry are needed. But it would be unfair to blame advisers for too much.

One spectacular example of that was Vestar, which lost an unknown portion of the $1 billion funds it governed in failed finance companies such as Bridgecorp, Capital+Merchant and related party MFS Boston. Debate still rages over whether Vestar’s concentration in such companies was due to bad judgment or the lure of high commissions. Vestar’s owner, MFS NZ, has denied that Vestar encouraged finance companies to pay higher than normal commissions.

However, the controversy was enough to prompt Donal Curtin, a member of the Commerce Commission, to step down from the deputy commissioner role last year after questions were raised about his history as chairman of Vestar’s investment committee.

Bridgecorp and Capital+Merchant Finance are believed to have paid double the usual brokerage.
[emphasis added]

Financial advisor and writer Martin Hawes has a new book out and a promotional piece for it in the Herald on Sunday reads thus:

Hawes also writes about belonging to a despised profession, despite demand for financial advice.

“Because financial advisers get paid on commission, they are seen as flogging investment product – and there is a good bit of truth in that … I think the financial advisory industry will never be trusted and treated like other professionals until they stop taking commissions.”

He admits having clients lose money on his recommendations, but says, despite the industry’s reputation, he would still use an adviser. “No adviser knows everything. Always question the advice, asking for a second opinion if necessary. Never use an adviser who gets paid from commissions paid by a third party.

“But don’t let the fact that there are some very ordinary people in the advisory game put you off employing one – there are also some very good ones, people who can help you make money. Track one down,” he writes. [emphasis added]

Yes, I think he’s right about the ‘despised profession’ and right about the lack of trust while commissions are paid. But Martin’s “No adviser knows everything” line misses the point.
It’s not about ‘knowing’ — it’s about what my friend Mike McCombie writing in How to Survive and Prosper in a Falling Property Market calls “a divergence of interests”: What’s right for Mr & Mrs retired couple versus Who’s paying the best commission to the ‘advisor’.

And the distrust & stigma is only going to get worse, I think, as the recession works its way through and real problems with the various moratoria and suspended payments issues emerge — people are ‘hoping against hope’ and will be disappointed … as the mainly elderly Hanover debenture-holders (owed $500m!!) were this week.

Another unfairness which I predict will outrage some will be the uneven distribution of cash from fire-sale asset sales. The hierarchy of creditors is difficult in these situations.

Small investors always suffer (“the pigs go to the market to get slaughtered”).