« Talking with Dave: thoughts about media blur
iPad? Yeah. OK, probably. Why not? » 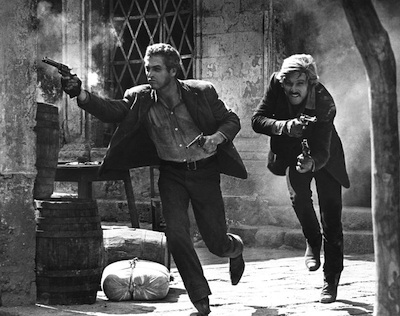 How to leave a discussion forum.

A fair minded person seeks to put themselves in the other person’s shoes … I find myself doing that more and more. (… and I’m not saying, ‘Aren’t I wonderful?’ by that comment, I assure you.)

I would hate for some of the things I’ve said about the activities and behaviour of others to be said about me — that’s why I don’t do what they do. And I acknowledge wisdom in the maxim: Choose your enemies carefully because you will become like them.

As discussed here in ‘Slave to consistency’ I recently observed someone I like being smeared, repeatedly, ignorantly, by people who hadn’t taken the time to find out their target’s side of the story. That’s how it looked to me, so I spoke up in my friend’s defence.

A few days later the law of unintended consequences kicked in….

I think it was Somerset Maugham who identified the urge to tamper with someone else’s manuscript as one of the most irresistible human urges. I certainly can’t disagree with that, but add to it: Arguing for the sake of it — whether one has the facts or not.

My ‘umble efforts to call for people in the forum to consider that another side to the story could exist — and, I confess, one or two colourful comments I made about the merit of certain arguments raised against that call — led to a bit of a free-for-all, complete with rude pictures and, it seems, injured feelings.

A terribly slanted (in my view) newspaper story about the happenings under discussion led to more, um, activity, in the chat room … with even more ill-informed comments driving up the ‘witch hunt’ quotient of the discussion — to near histrionic levels. (I was not completely blameless.)

Now such things are not unfamiliar to anyone experienced in ‘discussion forums’. Flame wars happen. Get over it.

The bit that caught me a bit by surprise was this aspect:

As one of only a few on the ‘defence’ team, I was being assailed with questions and comments — all grist to the mill, so I replied, sparking even more … but this activity elevated the thread to the top of the ‘Most active threads in the last 30 days‘… with a consequent surge in readership. (“To him who has, more shall be given.”)

Today an anonymous poster called ‘Tricky’ (why that? I don’t know) pointed out that my contribution to the discussion — originally a voice in the wilderness, attempting to call for restraint — risked becoming an influence “stirring things along” … keeping the libellous comments and half-baked speculation ALIVE.

Hmpf! I think he’s right. Bugger. (Can I help it if people like arguing with me?)

So, I apologise to the hard-working Moderators whose thankless task is to try to preserve the ecology of their forum … and bid adieu to that topic for now (unless provoked).

It ain’t easy being a magnet.