Sacred cows and calls for censorship 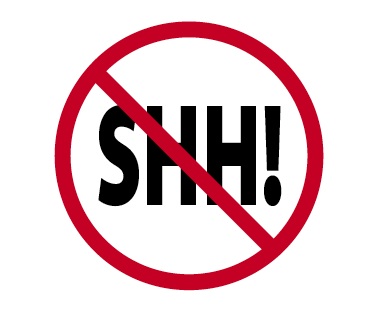 "Stop talking about it"? Huh?

I took some interest in a recent comment on a discussion forum which attacked a journalist for reporting bankruptcy proceedings being undertaken against a failed property developer — accusing the journalist of improper motives for the story.

The critic himself has a somewhat unfortunate track record in business and has demonstrated a striking sensitivity to his own actions being examined in a context of anything less than hero-worship.

In my work with Olly Newland I’ve had a bit to do with turning over stones in the investment jungle to see what creatures scuttle out from under — some of these self-described ‘experts’ are spruikers telling the gullible they are the country’s ‘top’ investors and developers, ‘millionaire-makers’, doing it all because they ‘really want to see you get rich’ or they’re on a mission for God or ‘for the poor’ overseas.

Sometimes these reptiles are qualified professionals — accountants, lawyers, property valuers [appraisers] etc — who can be said to be effectively in the pockets of developers and property promoters. Sometimes they’re former electricians or print finishers (both worthy vocations), now part-time ‘property developers’ or effectively unlicensed real estate salesmen themselves, or selling their own stock.

Suffice to say, the person criticising the journalist had previously caught my eye.

The subject of how some of these ‘experts’ work their magic is a topic for another time, but the bit that struck me was this recent assertion that a journalist shouldn’t ‘talk about’ bankruptcy proceedings … and that for him to do so was evidence of personal ill-will. The full quote was this:

More than Hickey getting it wrong, one has to ask what the $^(#__*( is Hickey doing talking about it. He’s now a media sensational journo instead of an economic commentator. One assumes a vendetta or jealousy or ?????

The reference to Hickey is Bernard Hickey, a former newspaper business journalist who’s made a fairly successful (from all appearances) transition into e-news by assiduously raising his profile through contributions to a financial news/blog site called interest.co.nz and elsewhere and generally making himself ubiquitous with attention-grabbing economic prognostications (which he is patently underqualified to do, but never mind about that.) He works hard for the money (to paraphrase Donna Summer).

Now, Hickey is big and ugly enough to handle his own fights and, like me, it won’t be the first or last time he’s had personal abuse chucked at him over an article he’s written. But the key thought: ‘What is this journalist doing talking about it?’ … and the sleazy implication that he was doing so because of jealousy or a vendetta or has some other (unspecified) malicious intent bears examination.

How is it this spruiker thinks HE can proscribe certain of Hickey’s — or anyone’s — topics?

Deja vu: This reminds me of my earlier comments here about the ‘subject’ of a news story complaining not so much that a story is inaccurate, but just that they didn’t like the topic actually being discussed. That’s certainly a common occurrence in political journalism, in my experience, but in this case, a sticky beak bystander has launched an attack on someone in the news media for ‘talking about it’.

If I read him right, with this ‘What is he doing talking about it?’ line of attack, the spruiker seeks to become, in some ways, a censor. He would aim, it seems, to decide what we can and can’t read, or write about. Huh?

In a sort of Twilight Zone moment, this particular censorship-seeking spruiker had also recently, rather awfully, publicly attacked a major bank economist with whom he disagreed — by name — accusing him of suffering from rabies (mad dog disease — I’m not making this up) and acting as a “crazed sadistic basher of other commentators“… which, if you ask me, as well as falling within the circular pot-calling-the-kettle-black territory, are nasty public comments far more deserving of censorship than Bernard Hickey’s legitimate news reports.

PS Are there some topics that should be ‘not allowed’ to be discussed ‘in public’? Of course. (But very few…) And best if you make/enforce the rules openly and for clear reasons. (See my comments about the Auschwitz Museum’s Facebook page.)
Of course there’s ‘judgement’ required in this. A good measure is the classic UK Advertising Standards Authority rule of thumb: “legal, decent, honest and truthful”.
Hate speech is out, too, naturally. Defamatory comments, too (see our discussions about the NY model) unless you’re prepared to defend them as TRUE.