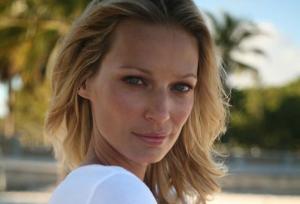 There’s a good article on The Independent website about the Liskula Cohen/NYC model case, which I mentioned earlier.
The more I read about this gutsy woman and what she’s standing up for the more I like.

Having been victimised by someone lobbing slimeballs at her from behind a mask of anonymity, she pursued Google to identify the anonymous ‘blogger’, and has now sought and gained a defamation judgement against the newly-outed Rosemary Port who spent her time and energy to set up an anonymous blog called ‘Skanks in NYC’ (well, there’s a clue right there).

I take note of Chowbok’s point inferred from his recent Robin Hood post, that the definition of ‘bad person’ and ‘bad action’ when left to the courts can be problematic. As Olly Newland says in Lost Property:

4. Remember that all too often justice comes through the cheque book. If you can afford the huge costs of a court battle you are far more likely to get a fair go. If you cannot pay you will probably miss out. Tough luck.

The ‘system’ can be manipulated — not that I see that happened in Ms Cohen’s instance.
Money quote:

… the justice presiding in the case rejected the blogger’s defence claim that individuals cannot be libelled online because blogs “serve as a modern-day forum for conveying personal opinions, including invective and ranting”, and should not be treated as factual assertions. The court sided with Cohen, citing defamation “concerning her appearance, hygiene and sexual conduct”.

Yes, I side with Ms Cohen too. Bloggers like Rosemary Port can’t just spray their bile about with no thought to the consequences. Even satire has its limits. Ask those who (rightly) attract opprobrium for mocking the genocide and suffering of the holocaust.

My view: Despite frequent, often insincere, often convenient protestations, it’s NOT about “free speech”. You can say things about people – things that they may regard as terrible, even hurtful and ‘unfair’, but if you’re going to do that, do it openly and accountably, or acknowledge that there may be some limits on what you can say. Especially if they are not true!