« The internet’s ‘completely over’ — or is it just blogs?
Say goodbye to Paul Henry the abusive try-hard »

Cost of principles? Too pricey, it seems. 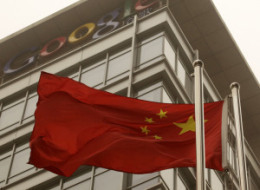 ‘Tested and found lacking’ would be one way to describe Google’s push-me-pull-you relationship with the Chinese government.

Highlighted first in March Google ‘leaves’ China over censorship with worldwide fanfare and admiration that they’d finally grown some stones, it started to unravel a bit (The cost of principles?) and now it looks like Google joins the ranks (if it wasn’t there already) of those schmucks who talk a good game as far as standing up for what’s right but, when pressured, retreat to ‘commercial realities’.

BEIJING — China renewed Google’s license to operate a website, preserving the search giant’s toehold in the world’s most populous country after the company gave up an attempt to skirt Beijing’s censorship practices.

Google said Friday that Chinese officials had approved its Internet content provider, or ICP, license but gave no details of what services it would offer.

Renewal had been in question after Google began automatically redirecting users in China to an uncensored Hong Kong search site. But the company dismantled the virtual bridge to Hong Kong last week after regulators objected to the sleight of hand and threatened to revoke its Internet license.

Caving in to a power-play. Appeasement. Gutlessness.

I see this all the time. People are lured into alliances with immoral operators, their eyes firmly fixed on the potential gain for themselves, ignoring the integrity and veracity ‘principles’ they’re compromising. They revise or swallow their initial — probably more accurate — intuitive assessment of the issues, the situation or the character of those involved. It becomes akin to an act of prostitution.

Google, it appears to me, is taking a view that they’re better compromising and operating in the world’s fastest growing economy (even if it is a totalitarian one-party state) than being shut out with their integrity intact. By thus doing, they’ve confirmed something negative about themselves and trained the Chinese government to see them as craven and easily able to be intimidated.

And the thing is, chickens come home to roost.