Bunfight at Howick Local Board 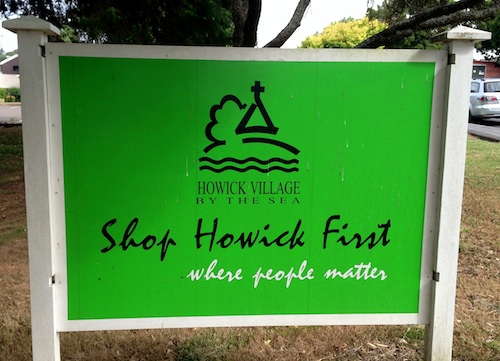 "Where people matter." Nice slogan, Howick. Now let's live up to it.

Every now and then I feel the urge to participate in local politics, sadly usually from a sense of disquiet about how some of our elected officials are running the borough. (See: Why do you think we call it a struggle? for some background.)

Tonight was a special meeting of the Howick Local Board (costing $20,000 it was said) requisitioned by the chairman Michael Williams (of whom I wrote about here: Politics is a full contact sport) and a handful of his supporters seeking to ‘remove’ Deputy chair Adele White … on pretty flimsy grounds. One of those grounds being that she was sometimes ‘diametrically opposed’ to Williams on the important (my word) Maori Affairs portfolio.

Michael Williams hatched a scheme to sack his deputy chair and replace her with someone more sympathetic (to Williams, not to Maori): Jim Donald. Here’s Michael Williams’ somewhat shabby letter (PDF) seeking the meeting, and laying out his plan to axe Adele White.

My fellow Howick resident Cameron Slater has related some of the happenings…
Pie eating bully boy Michael Williams still at it and Caesar Michael Williams facing court for drunk driving — based on his knowledge (and low opinion) of Michael Williams and what’s been recorded in the local newspapers. 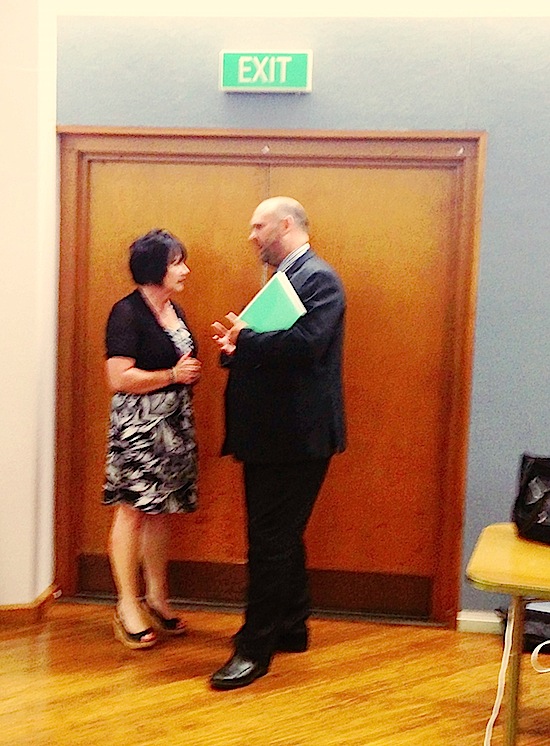 Howick Local Board Deputy Chair Adele White talking with Chairman Michael Williams tonight after she stared down his shabby attempt to force her out of the job. (Yes, that's an EXIT sign above him. Pfft!) Click to enlarge.

The idea that Mr Williams should be able to sweep his deputy Adele White aside on such flimsy grounds struck me as unfair. (Not just me, obviously.) To replace her with Jim Donald — whom I personally regard as having anachronistic prejudice against Maori — was even more appalling.

Just an indicator: When local MP Jami-Lee Ross presented an 800+ signature petition to the Board tonight representing locals seeking to keep Adele White in her deputy chair role, Jim Donald asked a question something like this: “Is your full name Jami-Lee Matenga Ross?”  (Matenga being a Maori name.) Jami-Lee said ‘Yes, that is my name.’
Disgraceful.

In the public forum, a number of us were given a chance to speak to the board for 3 minutes each. There was a great deal of support for Adele White.

Here’s what I said:

UPDATE: I’ve put my ‘speech notes’ in a post: What I didn’t say at the Howick Local Board last night

Anyway, I’m happy to report it was a rout. Michael Williams and Jim Donald withdrew their motion seeking to remove Adele White as deputy chair. (Her own speech was wonderful, I wish I could have recorded it.)

Facts are stated to the best of my knowledge and commentary is my honest opinion. Corrections or clarifications are always welcome by email. Comments are open.
– Best wishes, Peter Aranyi © 2013 All rights reserved.