« Lucky to get out …
Like Piers Morgan, your past associations linger »

A trolling we will go … anonymously 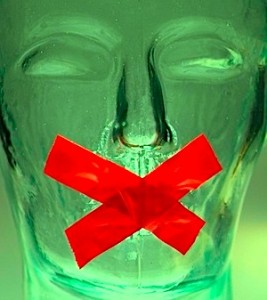 Touching on one of our perennial themes here, criticism, anonymity and unpleasantness on the interwebs …in ‘How the internet created an age of rage’ The Observer‘s Tim Adams delivers a worthwhile treatise on how commenters are able to hide behind a cloak of anonymity, making the blog and chatroom have into forums for hatred and bile …

His conclusion: No anonymous criticism.

One simple antidote to this seems to rest in the very old-fashioned idea of standing by your good name. Adopt a pseudonym and you are not putting much of yourself on the line. Put your name to something and your words are freighted with responsibility. Arthur Schoepenhauer wrote well on the subject 160 years ago: “Anonymity is the refuge for all literary and journalistic rascality,” he suggested. “It is a practice which must be completely stopped. Every article, even in a newspaper, should be accompanied by the name of its author; and the editor should be made strictly responsible for the accuracy of the signature.

The freedom of the press should be thus far restricted; so that when a man publicly proclaims through the far-sounding trumpet of the newspaper, he should be answerable for it, at any rate with his honour, if he has any; and if he has none, let his name neutralise the effect of his words. And since even the most insignificant person is known in his own circle, the result of such a measure would be to put an end to two-thirds of the newspaper lies, and to restrain the audacity of many a poisonous tongue.”

A troll is a troll is a troll of course, but as we have discussed before: I say an anonymous whistle-blower is a different thing. So is a critic who lays out an evidenced basis for her criticism, whether anonymously or not.

There’s no question that ugly, insulting behaviour on the web is largely engaged in (performed?) by anonymous people. As I have shown before, in the case of certain spruikers, in addition, they sometimes also appear to be acting in a quite misleading way — not just posting anonymously but posing as someone they’re not. Such sockpuppet use strikes me, personally, as dishonest. It’s impersonation. You may see it differently.

In a decision with broader implications for online privacy, a judge has ruled not to force the identification of anonymous bloggers who wrote critical web posts about former Aurora mayor Phyllis Morris.

The Ontario Superior Court ruling, which Ms. Morris intends to appeal, is a major blow to her $6-million defamation action, which targets three individuals who authored anonymous posts on the Aurora Citizen website, along with the site’s moderators.

In her decision, Judge Carole Brown weighed Ms. Morris’s allegations against the fundamental right to freedom of speech and found the former mayor’s case wanting.

“The public interest favouring disclosure [of the bloggers’ names] clearly does not outweigh the legitimate interests in freedom of expression and the right to privacy of the persons sought to be identified,” Judge Brown wrote, noting the three anonymous defendants, who chose to make comments on the site using pseudonyms, had “a reasonable expectation of anonymity.”

Well! That would take the wind out of certain excitable chartered accountant/neophyte property developer types and their tireless promoters threatening all kinds of litigative fury against a certain discussion forum, its posters and moderators …

Another factor the judge mentioned was a lack of specificity (love that word!) about what exactly was [allegedly] defamatory about the the posts in question — which, you may recall was my reply to a threatening legal letter from Richmastery’s Smith & Jones complaining about an Olly Newland article dismantling their hyperbolic and half-baked commercial syndicate sales spiel.

In addition, the judge noted, Ms. Morris failed to set forth the specific words alleged to be defamatory, including only snippets and titles in her statement of claim.

But the main point: Anonymity as a factor of freedom of speech — what do you think? (Note that the defence in the Ontario case is claiming the anonymous criticism was political participation, a view supported by the Canadian Civil Liberties Association which called it ‘political speech’.)

Thanks to Jillian C York, via Mathew Ingram