Your bullets cannot harm me … my iPad is like a shield of steel?

Following up on some earlier MacBook bullet abuse …

Watch a gun video here at Engadget and see a 9mm and .357 magnum pistol fired — at an iPad! 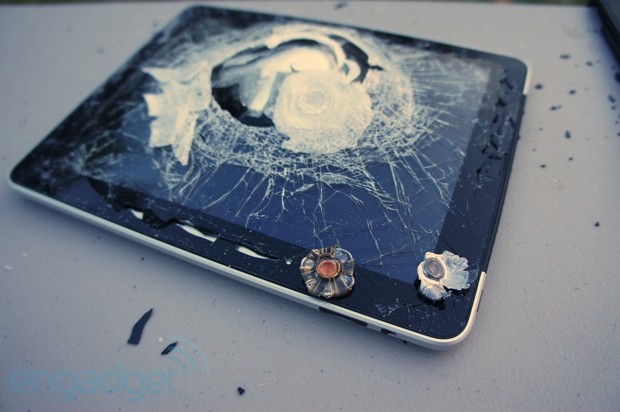 Um, that's damaged. But look at the flattened slugs! Gulp.

… imagine a situation where you’re confronted by someone in close quarters with a handgun. If things get heated, and you have some warning, you could put this [reinforced iPad case] between the pointy part of said handgun and the fleshy parts of your body. It’s a bit of a tall order, but if you’re in such situations and body armor simply won’t do, we’d take this over nothing.