Why is Matthew Hooton SO UPSET at efforts to increase voter turnout? (AUDIO) 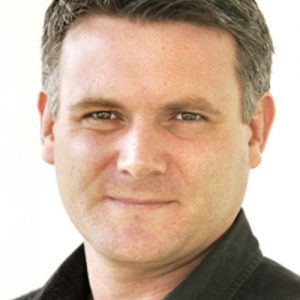 A younger Matthew Hooton. I reckon this guy would have APPLAUDED greater participation in democracy — unlike today’s grumpy grizzler. But I could be wrong.

Here’s some commentary from PR professional Matthew Hooton, owner of the ‘Exceltium’ PR agency*, on how he sees efforts by New Zealand’s Electoral Commission to increase voter turnout.

And here’s an audio file, courtesy of the National Business Review, of Matthew actually saying it:

Two observations: (1) Matthew appears quite wound up about the idea that people who “usually don’t vote” are ‘left-leaning’ — claiming the ‘Missing Million’ are “overwhelmingly likely to be Labour and Green voters”.
(2) Wow, he’s actually portraying the Electoral Commission’s campaign to encourage voter turnout as “unlawful intervention”.

I’m not going to say much more about this, except to express my puzzled disappointment that such a widely publicised political commentator would let himself get so carried away by partisan politics that he would lose the plot like this.
And also, to an certain extent, to ask why such a mature and respected media outlet as The National Business Review would let its platform be used to launch such a bizarre attack. For it seems absurd and undignified to attack the Electoral Commission in this way.

As a commenter on Twitter said, and I agree completely:

If the Electoral Commission makes any progress with increasing the turnout then they should be lauded for a job well done. – @nachomadmess

Quite right. Who could disagree? Well, Matthew Hooton could, it seems.

* At least two Exceltium employees are involved in campaign work in the 2017 New Zealand General Election.
Matthew’s apprentice commentator Ben Thomas disclosed once each on two of the platforms on which he appears (TV3’s The Nation and The Spinoff’s ‘Gone By Lunchtime’ podcast) that he was “doing a little bit of work for the ACT Party before the election”.
Exceltium PR consultant Brooke van Veldon is in fact an ACT Party candidate for Parliament – number 3 on the Party list, requiring around 3% of the Party Vote in the election to become an MP. Most pre-Election polls show ACT at around 0.6% support, so it seems chances are Brooke will be a PR consultant a little longer.