I’ve had [negative] feedback from some of those whom I address here (my ‘targets’ … in the nicest possible way, as Kenny Everett used to say) about my ‘cross-linking’ and ‘interweaving’ examples or evidence of my assessments and assertions.

I do it deliberately, as I have pointed out before (see Scoundrels), because it’s my habit/practice from working in journalism to have evidence to back up any contentious claims ‘in the can’. Sometimes it’s good to show one’s hand, despite the jerkiness in the narrative that can result.

Basically, I LURVE hyperlinks (I liked Hypercard too, RIP, and thrashed it back in the day.) I love this medium where it is so easy to provide a kind of dynamic footnote or reference right in the flow of the argument. Cool!

GigaOm’s Mathew Ingram agrees. In his article Plagiarism, defamation and the power of hyperlinks he refers to court cases where hyperlinks were found to have provided ‘ample evidence of what the post was referring to’.

He highlights this key sentence from a court judgement declining a defamation claim: “Statements are generally considered to be nonactionable opinion when the facts supporting the opinion are disclosed.” (emphasis added) *

That’s just an unintended consequence for me. As a habit, I like to lay out the reasons for my (yes, sometimes harsh) judgements … as we discussed in How to have a FAIR argument. (Or maybe I’m just ‘verbose’ … according to some people who are whatever-the-opposite-of-a-fan-is.)

It’s easy for the offended party to dodge the argument and just smear their critics, as I recounted here: 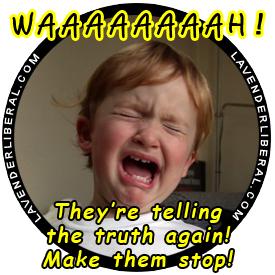 It’s far better to address criticism directly, lay out a counter-argument — as tough as you like — focussing on statements, claims, inaccuracies, actions … and, where possible, leave character assessments or assessments of mental state etc out of it.

People whom I have regarded as strong-minded and up for a bit of good debate, people who in other contexts seem capable of rational or robust argument, surprise me: Rather than engaging, they descend into insults and slagging — or ‘sledging’ as they call it — celebrating an almost drunken, threatening pugnaciousness. (‘NFWAB‘)

Sadly, by their reactions, some of them have shown conclusively that they can dish it out, but they can’t take it. (sigh)

* As Mathew says, the practice of keeping note of sources of information and where you got material you’re quoting is also useful protection for avoiding inadvertent plagiarism. We’ve discussed that before — acknowledging the source, giving credit, costs you nothing.