« So, what would get you marching in the streets?
Chris Trotter on National’s privatisation agenda »

Trying to pin a ‘con artist’ tag on Teflon John Key. Yeah, good luck with that. 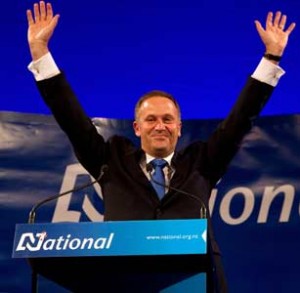 I heard the NZ Prime Minister John Key (right) waxing lyrical about the (according to him) ‘rort’ that was the Opposition’s Stop Asset Sales petition. If I hadn’t known better I’d have said Mr Key was a glass or two off being refused wine service himself.

His response seemed a politically desperate overreaction to news that about a quarter of the 393,000 signatures on the petition were found to be illegible or duplicates or unqualified for some other reason, leaving the petition 16,500 signatures short of what’s required to trigger a referendum, and that the petition organisers had two months to gather them.

As I listened to Mr Key’s spin on the topic to reporters at Parliament on Radio NZ’s Morning Report yesterday, I noticed how LOADED TO THE GUNWALES his [Crosby-Textor-scripted?] performance was: It was dripping with invective and allegations of dishonesty and ill-motivation against the Greens and Labour, using words like ‘rort’, ‘bogus’, ‘mislead’, ‘rip-off’, ‘fake’, ‘false’, and notably, twice: ‘con the NZ public’.

“The lady doth protest too much, methinks,” I muttered, unoriginally. Have a listen for yourself below.

John Key packed a lot of mud-slinging at his political opponents into 1’39”. Each red line marks an allegation or aspersion on their honesty and integrity. (Ironic, given the loss of public confidence Mr Key himself faced recently.)

Laying it on thick. John Key spinning his opponents as deliberately dishonest — audio via Radio NZ ‘Morning Report’ 8 May 2013

A professional politician (for that’s what Barbecue John has become) surely must be aware of glass house rules.

By any reasonable standards it’s ‘Brain fade’ Key who is seen as a ‘con artist’ by a number of his political opponents and other observers, given his many false attempts to be up-front about the GCSB and the Kim Dotcom affair (see Matthew Hooton on John Key’s GCSB ‘recall problems’ and repeated failures to ‘come clean’), not to mention his transparently slippery non-explanations for keeping fellow amnesiac John Banks in his job.

Green Party co-leader Russel Norman is one of Mr Key’s harshest critics. It seems to me his disrespect for the National Party leader is sincere and performance-based (arising from Mr Key’s performance, I mean).

Clearly pissed off by Mr Key’s extraordinary allegations that the Stop Asset Sales petition was knowingly/deliberately presented with non-conforming signatures — and Mr Key’s dishonourable and (probably) unparliamentary smear that his political opponents are somehow less sincere and honest than his own National Party cabal, viz; “Labour and the Greens’ modus operandi is that they haven’t really cared about the rules” and “They actually tried to mislead the NZ public” — Russel Norman wasted no time in responding.

When it emerged that only one in four of those who pre-registered for the soon-to-be-partially-privatised Mighty River Power actually became share buyers, Norman threw the ‘conned the NZ public’ line back in John Key’s face. See: 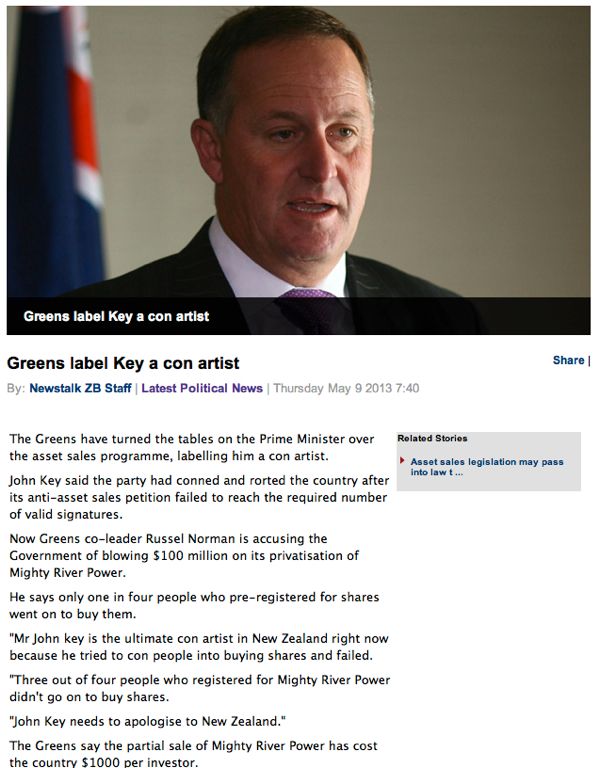 “Mr John Key is the ultimate con artist in New Zealand…” Mud-slinging PM cops it right back in his face. (NewstallkZB – click)

Based on a press release from the Green Party co-leader here: Mighty River con revealed.

Mr Key’s overreaction reminded me of his scare-mongering prior to the last election. Remember when he was warning us all that a vote for NZ First and Winston Peters was a vote for ‘unstable government’ and ‘another election in a few months’?

Yet now he’s cosying up to Winston Peters in an effort to cling to power. Peters, in my experience, remembers past slights … and he will extract a price for his support. If you’re lucky, Mr Key.

I don’t want to say anything else about Aaron Gilmore. Let this picture say it for me: 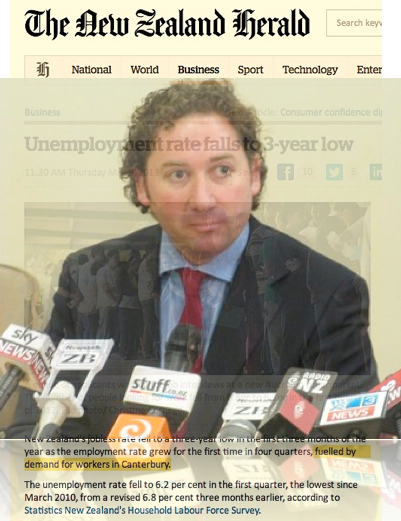 At last a bit of good news for the beleaguered National government. But overshadowed by the National caucus’s self-confessed dickhead.