« Ad as mini-movie
‘Taniwha’ — Nice use of language, Rudman » 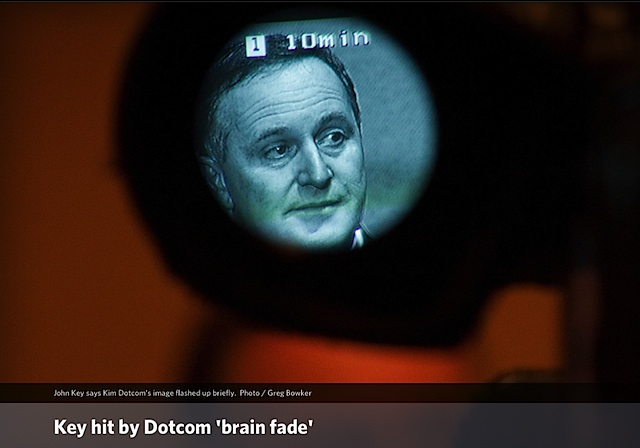 I heard it in the car and thought I heard spin doctor Matthew Hooton suggest John Key’s ‘recall problems’ and his trail of repeated failures to ‘come clean’ has seen him lose the trust of the Press Gallery — trust he’d built up over time, like most prime ministers.

“The Prime Minister is now in a situation where the Press Gallery will no longer take his word for things the way they used to.”

“It’s gone,” I heard him say, referring to political reporters even believing the Prime Minister’s ‘very words at press conferences and so forth‘. Matthew Hooton said that breakdown resulted from Mr Key’s progressive revelations (what I called ‘the dance of a thousand veils’) and the fact that he had not actually ‘come clean’ when he said he had.

Listen to the relevant 3’30” clip below. (You can listen to the whole Nine to Noon politics discussion With Hooton and Mike Williams here at Radio NZ’s website.)


Hooton: This issue is, as you say, he was caught not telling the full truth, in fact far from telling the full truth over this matter. Then he was caught. Then he had this process of ‘coming clean’ and giving the full story and I think what’s difficult is people have given him the benefit of the doubt and thought, “OK well he was, he got that wrong but he’s now come clean.” But it turns out there’s more. And again, you know whether you’d had breakfast with someone, you’d possibly you could forget that but once you’d come clean, put it this way: if this was a junior minister who was having these ‘recall difficulties’ and these difficulties checking the historical diary from their minister’s office, they would probably be fired by now.

Hard to disagree with anything he said there, isn’t it?