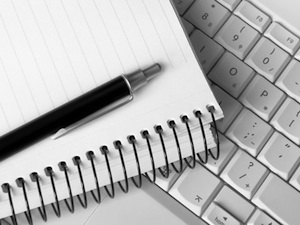 I hadn’t heard this term:

The insider described transparency journalism – a phrase not used by the [WikiLeaks] organisation until today – as ”journalism that tells a true story and then backs it up by publishing source documents that also provide the truth.’‘

As part of my formal journalism training, then as a professional reporter covering some pretty contentious news rounds … and then as a political reporter at Parliament, I’ve learned to routinely archive information to back up my stories and claims — and to justify my commentary and opinions. I’ve done it for years.

You never know when your ‘recollections’ will be challenged, or you’ll be asked to explain your basis for a conclusion. Our lawyers at Radio NZ News were pretty robust in their encouragement for us to slay dragons — but stressed we should have the facts to back up assertions: from the headline to the smallest details of a news story. It’s a reassuring feeling.

It was SOP for cabinet ministers’ Press Secretaries to record my interviews with their minister — a good practice for keeping both sides honest, frankly.

Some habits die hard and carrying a spiral bound notebook to jot salient facts into is one I still practise. It’s useful to be able to dive back and refresh one’s memory about some matter or the other — if someone used a particular turn of phrase, or details of claims or promises made, relationships, features of past interactions. It’s a good way to do things.

Let’s face it, e-mail has made the whole ‘I said, he said, you said’ game so much easier, and I’ve mentioned before my delight with how valuable the artificial intelligence of DEVONthink makes my collection of data and web archives. Awesomely powerful.

Of course, those (few) who criticise me and accuse me of ‘smear campaigns’ and ‘spreading lies’ etc also sometimes complain that they (really) don’t like how I ‘cross-thread’ and ‘link to old information’ … but I do that — almost as a reflex — quoting sources to prove I’m not making it up. (I couldn’t make up some of the stuff I quote. It’s just too whacky, the marketing claims simply too hyperbolic, or gauche some of it. I don’t have the imagination.)

Well, now, thanks to WikiLeaks, I have a new term for what I’ve aimed to do:

(And here I thought I was just blogging… sniff.)