« When they pick up an iPad, they visibly relax
More reasons to research ‘investments’ »

This is a serious disappointment, I have to say.

The buck stops at Barack Obama’s desk on this, and it’s not a good look. 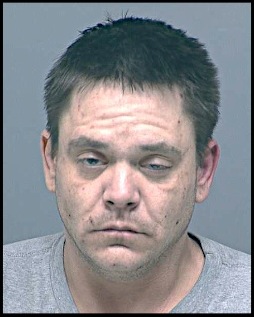 To my way of thinking, the irrational cruelty being imposed on Private Bradley Manning — as yet not convicted of ANYTHING — confirms his title, as mentioned recently by Julian Assange, as America’s foremost political prisoner.

Burma’s heroic Aung San Suu Ky was held longer, but not in the sort of conditions Manning faces. I hope.

It seems it’s not OK for people of conscience in the government to speak out about it, either … (isn’t this WikiLeak’s very argument?)

On Friday, State Department spokesman P.J. Crowley denounced the conditions of Bradley Manning’s detention as “ridiculous, counterproductive and stupid,” forcing President Obama to address those comments in a Press Conference and defend the treatment of Manning. Today, CNN reports, Crowley has “abruptly resigned” under “pressure from White House officials because of controversial comments he made last week about the Bradley Manning case.” In other words, he was forced to “resign” — i.e., fired.

So, in Barack Obama’s administration, it’s perfectly acceptable to abuse an American citizen in detention who has been convicted of nothing by consigning him to 23-hour-a-day solitary confinement, barring him from exercising in his cell, punitively imposing “suicide watch” restrictions on him against the recommendations of brig psychiatrists, and subjecting him to prolonged, forced nudity designed to humiliate and degrade. But speaking out against that abuse is a firing offense. Good to know. …
— Glenn Greenwald writing in Salon.com

It’s not just a loss of respect, it’s a loss of moral authority — and that’s what Obama had over Bush. Had. A sad realization.
– P