« More fakery on the internet. (So what’s new?)
Assange … a right to scrutinise the state. »

Let me not into temptation 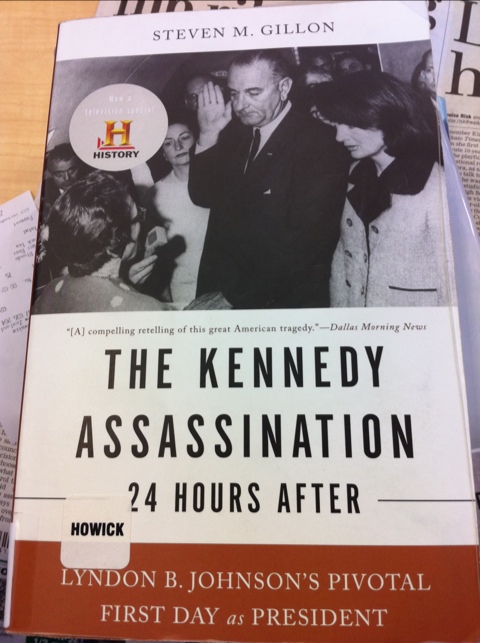 This book on LBJ’s succession to John F Kennedy after the assassination was an eye-opener. I’m reading Nixonland by Rick Perlstein at the same time, and I can perceive the seeds of LBJ’s and the Democrats’ destruction in the character traits and deep suspicion and disunity Steven Gillon highlights in his book.

Certainly, the book conveys the panic and confusion and the horror of the event in Dallas.

One can almost, but only almost, forgive Johnson’s lies, ego, insecurity and manipulations (people management) in the extreme of trying circumstances. He sought to give the country a sense of immediate continuity in the aftermath, but that meant trampling on a few people’s feelings. Kennedy’s wife and his loyal aides had gut-wrenching adjustments to make — things we can only imagine.

As the reports about the assassin reached Johnson he asked about possible Soviet involvement. Was it a communist plot?

The reality would turn out to be less troubling, but no one knew it at the time. Oswald was a self-absorbed loner who had failed miserably at everything he had ever attempted in his life except assassinate the president of the United States. A troubled and belligerent child, Oswald underwent a psychological evaluation at age thirteen. Asked whether he preferred the company of boys or girls, Oswald told the psychiatrist, “I dislike everybody.” After dropping out of school at sixteen, he developed a fascination with Marxism, believing capitalism was the cause of his discontent …

Good book. I recommend it.
– P