« Head on a spike
Capital Gains Tax: ‘Politics is the art of polarization’ »

Smoke gets in your eyes, Carrick? 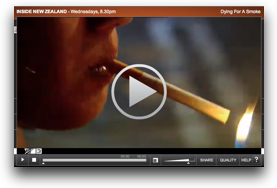 Tonight TV3 broadcast an Inside New Zealand documentary: Dying for a Smoke, highlighting some of the health issues and the political debate around suggested moves to increase controls on the sale of tobacco products —  and even suggestions to eliminate tobacco products from the country by 2020 … which strikes me as a pipe dream, if you’ll forgive the pun.

The documentary is available to view online for the next 15 days — surrounded by Quitline ads! — at TV3 on demand.

A few points I picked up: According to the programme, NZ Maori suffer the worst lung cancer rate in the world, a lot of them having become addicted at a young age. Tobacco, used in accordance with the manufacturer’s instructions, is killing a lot of them.

The guy ‘fronting’ for the tobacco industry at the recent Maori Affairs Select Committee inquiry was asked, ‘Do you smoke yourself?’
His answer: ‘No, I don’t. Because it’s harmful and I don’t like it.’ 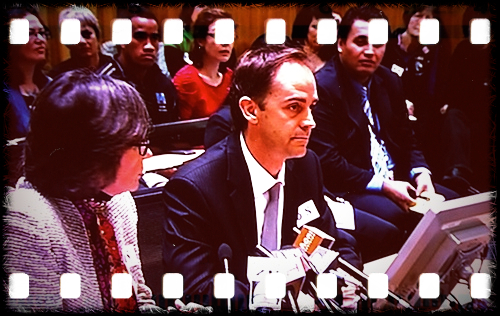 Spokesman on behalf of the tobacco industry admits he doesn't smoke 'Because it's harmful and I don't like it.' That doesn't stop him seeking to protect the interests of those selling the deadly addictive toxin as a consumer item.

Another industry spokesman predicted a future for tobacco as a consumer product and trotted out the justification:

‘Tobacco is a legal product for which there is a legitimate demand.’
Q: Is it ethical?
Awkward pause (dodge the question) then: ‘Let’s not forget it’s a legal product.’ [Comment: FAIL]

I wondered what my ex Twitter follower, tobacco industry apologist and Mark Hotchin’s spin doctor Carrick Graham might be making of it. Well! I should’ve guessed. Demonstrating his (pro?am?) fixation … and busier than a one-armed paperhanger, by the look of his tweet stream during the programme (below) … live-blogging as if he was at an iPhone launch!

It’s one thing to rationally argue your case, laying out evidence and gathering the testimony of those affected …. and it’s another to use the tactics I feel are demonstrated in Carrick Graham’s tweet stream: running around smearing your ‘opponents’ as liars corruptly bilking the taxpayer, scaremongering and being intellectually dishonest and portraying the inconvenient news media as intentionally unfair, unbalanced, and biased.

What a dinosaur that industry is, along with those acolytes and spin merchants propping it up.