Slater Jnr – If bullshit were music, he’d have a brass band

Earlier some genius said this:

What it’s useful to know about Cameron Slater is that he’s not an original thinker, or a leader, or ‘creative’ in anything but in an aping, derivative way.
…History, and his own testimony, shows us that Slater Jnr is a shallow puppet, a ball-boy, a caddie, someone who does other people’s bidding. He was used by David Farrar, he was used by Simon Lusk, he was used by Carrick Graham, he was used by Jason Ede and Phil de Joux.

By the look of things, you can add Rodney Hide to that list. Read Matt Nippert’s NZ Herald piece: 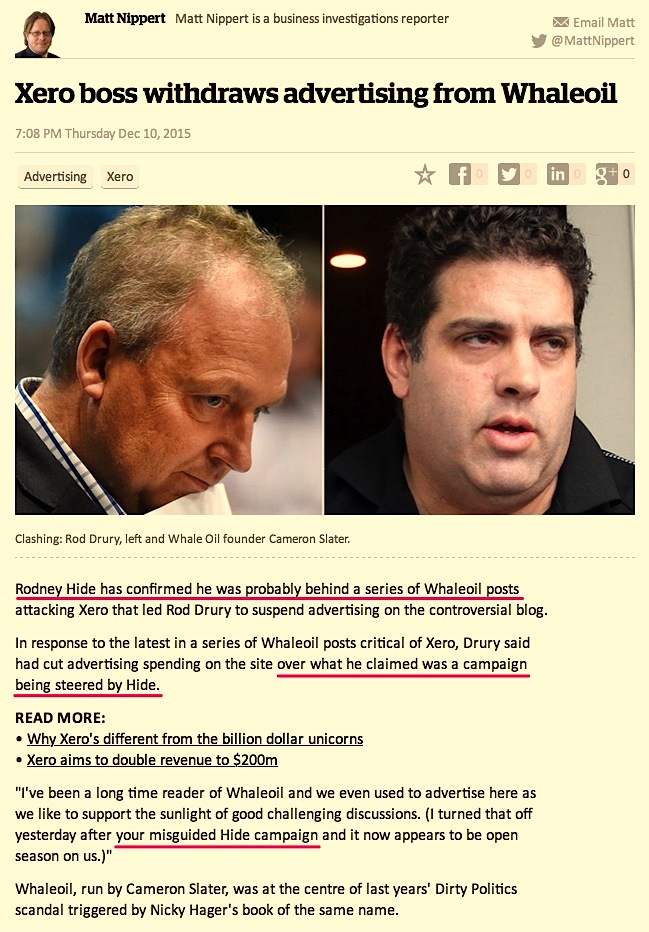 How it looks: More dirty PR, undisclosed associations and motivations behind not one but two smear campaigns (Xero & Crone). Nasty.
So – business as usual, at the Slater Jnr whatever-it-is-it-ain’t-journalism deceit factory.

If bullshit were music, he’d have a brass band.