« There’s something about a cover-up that offends us …
How is THIS good for the TRUMP brand? »

OK, so it’s not just priests who seek to cover sin… 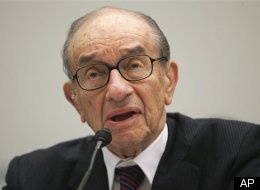 The most telling omission in this paper is that the word “fraud” does not appear. But the world knows that the collapse of the financial system had, at its core, the largest financial fraud of all time. That fraud was in the origination, the rating, the underwriting and the issuance of credit default swaps against sub-prime mortgages issued largely by private originators and securitized by the largest banks. …

The Federal Reserve is a regulator. Alan Greenspan was the chief regulator for 18 years. He failed spectacularly. So did his colleagues, at the Office of Thrift Supervision and elsewhere. These facts are not obscured here. They are ignored.

This is how straight-talking J.K. Galbraith opens his article:

In 66 pages, Mr. Greenspan fails to use the word “responsibility” even once. The word “blame” does not appear. The word “mistake” occurs once; financial firms made them. The word “failure” appears 14 times. None of them are self-referential. To have expected the phrase “mea culpa” would of course be asking too much.

I wonder if Greenspan will allege a smear campaign? (Seems to be the season for it.)