« Harsh criticism? Or Fair?
More fakery on the internet. (So what’s new?) »

Nothing to hide but NOT nothing to fear 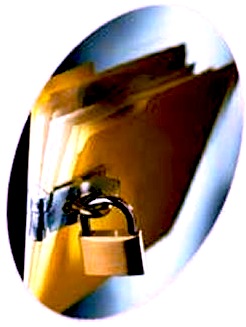 Here’s a good article on privacy by Daniel J Solove, who I last referred to when sharing some thoughts in my post Is it worth dishonestly defending a reputation? No.

Solove’s article is called Why Privacy Matters Even if You Have ‘Nothing to Hide’ — it’s a preview of his next book, and it’s a worthwhile read… including this distinction about what privacy is and isn’t:

The deeper problem with the nothing-to-hide argument is that it myopically views privacy as a form of secrecy. In contrast, understanding privacy as a plurality of related issues demonstrates that the disclosure of bad things is just one among many difficulties caused by government security measures.

A saying I use sometimes is, ‘You’re as healthy as your secrets’… but I completely agree with Solove, privacy isn’t just about protecting your ‘deep dark secrets’ — it’s the freedom to go about your life/business without intrusive observation or ‘data gathering’ by government agencies, corporates (or bloody Facebook!)

Seriously, read his article. He does a good job of unpacking and dismantling the ‘my life is an open book, if I’m doing nothing wrong, I have nothing to fear’ argument.

PS I don’t know what it is, but people seem to want to tell me things — surprising things. It was like that when I worked as a journalist, it was like that before, and it’s still like that. I don’t pry, they just tell me. Dunno why. Something about my face? It’s a mystery.