« First signs of Spring?
The escape of exnzpat, Part 1 » 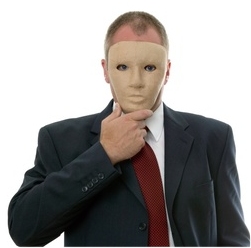 In an previous post  OK, so it’s not a hopeless quest … I celebrated action being taken by the Commerce Commission against an outfit that, it seemed to me, was dubious in its operation.

This evening I read the news that the Securities Commission has taken the novel step of banning a financial advisor — after he was convicted of dishonesty offences: theft and forgery. Well, that’s worth marking too!

Is it too much to look forward to a ‘cleaning up’ of this severely discredited profession? I hope not.

I know of people with fraud convictions who have positioned themselves as ethical advisors — only time will tell what their disclosure statements say when the law compels them to produce them.

However, I note from the news story below that any such ‘advisors’ who “hold back information, provide a misleading, deceptive or confusing disclosure statement or advertisement” can be heavily punished.

Fair enough. That should sharpen things up a bit.

The Securities Commission has for the first time banned a financial adviser, after he was found guilty of theft and forgery.

Laws introduced in February 2008 gave the commission the power to take action over disclosure and made it a criminal offence for advisers not to disclose certain information.

Those who hold back information, provide a misleading, deceptive or confusing disclosure statement or advertisement or contravene an order by the commission, can face fines of up to $300,000.

They can also be banned for up to 10 years if they are convicted of criminal disclosure offences or have consistently contravened the law, or have been banned overseas.

Cant was last week sentenced to 14 months’ imprisonment and ordered to pay $100,000 in reparation to a Timaru couple after he was convicted of crimes involving theft by a person in a special relationship and two charges of fraud relating to forged letters sent to them in an attempt to hide the fact he had not invested their money as requested. Those charges were brought by police. … Read on at the NZ Herald