« The peasants are revolting
Eloquent beyond words »

Why ‘legal action’ can be sooo dangerous …

Look at the sort of thing comes out in the wash:

For years, Viacom continuously and secretly uploaded its content to YouTube, even while publicly complaining about its presence there. It hired no fewer than 18 different marketing agencies to upload its content to the site. It deliberately “roughed up” the videos to make them look stolen or leaked. It opened YouTube accounts using phony email addresses.

It even sent employees to Kinko’s to upload clips from computers that couldn’t be traced to Viacom. And in an effort to promote its own shows, as a matter of company policy Viacom routinely left up clips from shows that had been uploaded to YouTube by ordinary users. Executives as high up as the president of Comedy Central and the head of MTV Networks felt “very strongly” that clips from shows like The Daily Show and The Colbert Report should remain on YouTube.

Viacom’s efforts to disguise its promotional use of YouTube worked so well that even its own employees could not keep track of everything it was posting or leaving up on the site. As a result, on countless occasions Viacom demanded the removal of clips that it had uploaded to YouTube, only to return later to sheepishly ask for their reinstatement. In fact, some of the very clips that Viacom is suing us over were actually uploaded by Viacom itself. 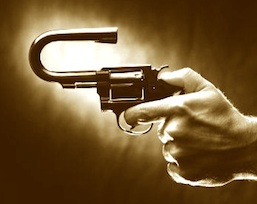 One of the lessons this latest worldwide exposure of HYPOCRISY underscores for me is that excitable people threatening lawsuits and alleging ‘conspiracy’ should remember there are always secrets and ‘un-public things’ which they may later desperately regret chasing out of the undergrowth.

It is astonishing the evidence that leaks out of even the tightest cabal and coterie.

Anyone with a smidgen of journalism training, a decent attention span and a connection to the internet would have little trouble putting enough of it together to shred the credibility of the protagonists. The cure can be worse than the disease.

Combine that with the information that has already been and is likely to be brought to light by various aggrieved past ‘clients’/victims/employees/creditors/holders of personal guarantees etc… then add all this to good legal and PR teams and you’ve got a recipe for heartache and repentance.

My advice: Think twice.
Ask yourself: what if [-fill in the space-] comes out? Could they possibly know about THAT? How would it be for me if THAT became public knowledge?

Then look at your stablemates/collaborators and ask: How ‘clean’ are they? What do I know about their past misdemeanours over the years? Is their reputation an asset or a liability?