« Take no prisoners
The new breed of journalist-commentator » 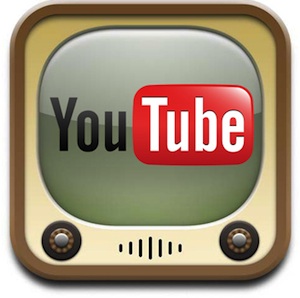 Well, that’s an interesting turn. Looks like the judge has confirmed the rule as:
Go ahead, infringe somebody else’s copyright (or provide a platform for doing so), then stop doing it as soon as the aggrieved rights-holder demands you ‘take it down’ and … ‘sweet, bro!’.

Hmm, I don’t think I like that. The role of YouTube as ‘aggregator’ needs a different standard, in my view. They’ve built their fortune on the systematic exploitation of other people’s IP. (And I say that as an avid consumer/user of the service.)

In dismissing the lawsuit before a trial, [Judge] Stanton noted that Viacom had spent several months accumulating about 100,000 videos violating its copyright and then sent a mass takedown notice on Feb. 2, 2007. By the next business day, Stanton said, YouTube had removed virtually all of them.
Stanton said there’s no dispute that “when YouTube was given the (takedown) notices, it removed the material.”

Wednesday’s ruling by U.S. District Judge Louis Stanton in the closely watched case further affirmed the protections offered to online service providers under the Digital Millennium Copyright Act. The 1998 law offers immunity when service providers promptly remove illegal materials submitted by users once they are notified of a violation.

That safe harbor had helped persuade Google to buy YouTube for $1.76 billion in 2006, even though some of its own executives had earlier branded the video-sharing service as “a ‘rogue enabler’ of content theft,” according to internal documents unearthed in the case.

Although it’s a major victory for Google and other Internet service providers, Wednesday’s decision won’t end a legal brawl that has already dragged on for more than three years. Viacom vowed to keep the case alive in appeals court, a process likely to last another year or two. …

My earlier comments re ‘fair use’ — quoting Wikipedia — “The use … does not limit or impinge on the image’s commercial use…” apply. It’s not enough to see and be jealous of the income the founders of YouTube or the buyers (Google) are generating from the ‘traffic’ attracted by the [alleged] copyright-busting.

Does the inclusion of, say, a clip from The Daily Show commercially hurt Comedy Central, as Viacom claimed? (A claim undercut by evidence Viacom employees were busy posting such clips at the show’s producers connivance … building an audience, you know, virally.)

But there’s something ‘off’ about the predator/parasite aspects of YouTube. Try considering if it was YOUR stuff being plastered up on the website, surrounded by ads for which you get nothing … and they do that as a business. (But they pay for the bandwidth, the electricity, and the server farms – phenomenal!)

There’s an incongruity at the bottom of it. Any thoughts?