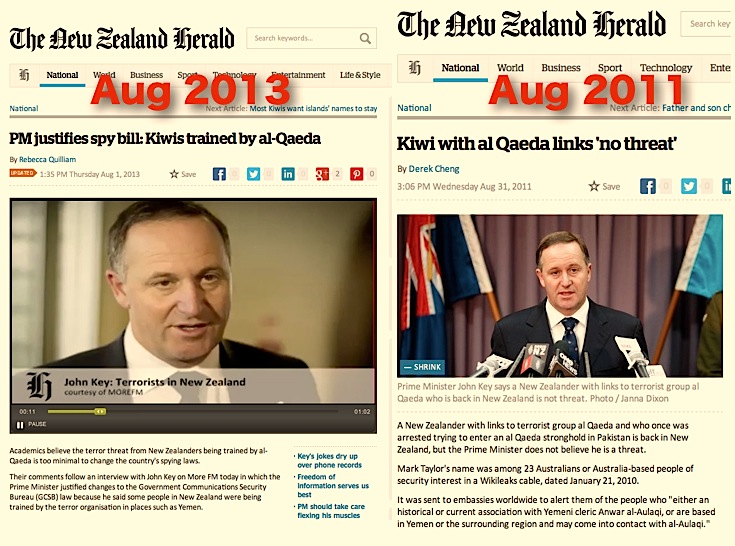 I guess it depends what you’re trying to achieve — John Key discusses the al-Qaeda ‘threat’ in New Zealand.

Yeah, this can pretty much be seen in the context we discussed on Saturday: Justifying mass surveillance with ‘terror threat’ is a right wing talking point.