Heads must roll! (Not really) 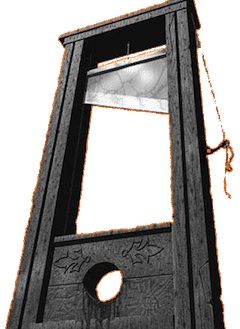 Move over General McChrystal, here’s someone else who has been fired for expressing his opinion outside of his authority …

“I must be the only guy ever to have been fired in New Zealand for telling the truth,” Gibbs said. “It was a big call to go with what I thought was right or upset my colleagues.”

… Tony Gibbs says he was “fired for telling the truth” from the board of Guinness Peat Group, ending a 20-year association with Ron Brierley after making an unauthorised statement objecting to the investment company’s plan to spin off its Australian assets.

He is “very pleased” to be keeping his role as chairman of insurer Tower and Turners & Growerstwo of GPG’s biggest investments in New Zealand. Gibbs holds about 10 million shares of Guinness Peat, worth $6.8 million at yesterday’s price of 68 cents.

from the NZ Herald