This is from an interview with Glenn Greenwald, one of the writer 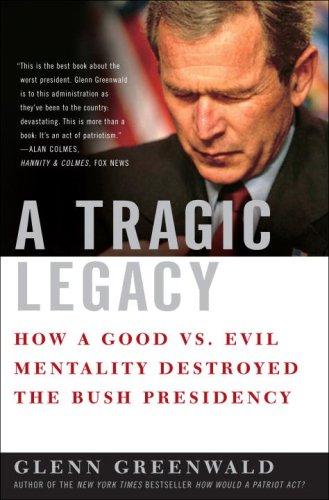 s who blogs on Salon.com who I admire and follow with a great deal of interest (whether I always agree with him or not).

He’s addressing the idea I’ve tried to express about MEDIA ‘absorbing‘ new media (bloggers etc) … and the not-that-old sense of rivalry that existed between bloggers and ‘the member(s) of the journalist class’.

I don’t think there is much of a distinction — at least, not nearly the distinction there used to be — between bloggers and establishment media outlets. When the blogosphere first emerged, it was really intended as a challenge to different institutions.

One was the Democratic Party and its propensity to capitulate to conservatism, drifting toward centrism and corporatism in lieu of real liberalism. The other one was the media for what the blogosphere perceived as a pro-Bush bent.

Though many liberal bloggers thought that was because they were the conservative media, I’ve made the point that I felt it was because the media were pro-government, and it just happened to be Republicans who were in power. But I think that the idea that bloggers are this oppositional force to the media has eroded, in part because some of the more successful bloggers have been absorbed into these media institutions, and at the same time, a lot of these media institutions—which kind of ignored blogging for a long time, and then paid attention to it only to mock it—have decided that they now need to be bloggers.

Another notable shift is that the liberal blogosphere really was an outside, marginalized force at first, and took pride in that. When it largely devoted itself to Barack Obama’s election, though, it became more an organ of the Democratic Party than it did any kind of insurgent or outsider force. That’s a little oversimplified; there certainly are a lot of bloggers who are still in that outsider role. There are some, like Matt Yglesias, who have one foot in one camp and one in the other. But I do think the dichotomy has blurred a lot over the last several years.

Still, the blogging ethos has shaped and affected how many in the media report. So even though the New York Times is a lot larger platform that Salon, to use your example, I know that everybody at the NYT who writes about the things I write about read my blog, so what I write can influence what they write. The same goes for MSNBC hosts or news segment producers. So I think influence can be measured in different ways. One is the size of readership. But I think influence is more than the number of readers you have; it’s your reach.

One of the good things about the change the media has undergone is that it has amplified voices. So if you criticize a member of the journalist class, 15, 20 years ago they could easily ignore you, and the only way to hear about it was basically a letter to the editor—it was purely a one-way conversation. Now, it’s a two-way conversation, so if you’re a journalist, and you write something deceitful or propagandistic or sloppy or wrong, everywhere you turn, you’re going to hear it: in your email, on Twitter, in the comment section of what you write, you’re going to be besieged with criticism, and blogs have really fueled that. Something like that influences people and affects how they work.

I think it’s important to remember that WikiLeaks is an extremely young organization engaged in pioneering work. There is no template for what they’re doing, so it is completely to be expected that they are going to make mistakes—and they have made mistakes. I criticized them for insufficient care in redacting the names of civilian informants in Afghanistan, although they did ask the government to help them do that and the government refused, and the first duty to protect sources lies with those whose sources they are.

Still, WikiLeaks has the duty as well to protect innocents the best it can when it leaks information. I also criticized them for this last unredacted dump, which was necessitated by security breaches that I think were more the fault of the Guardian. But again, if you’re going to be in the business of holding yourself up as computer security experts and you tell people they can leak to you and be protected, then you have the responsibility to safeguard that information. But on the whole, I think WikiLeaks has done so much more good than bad.