« The #PlanetKey ‘gag’ is going to bite John Key. (That’s my prediction)
Lost in translation? … Assange not just ‘wanted for questioning’, but charged »

I’ve got no criticism of this, just noting that as a voter registered in the Pakuranga electorate I received this political advertising from Colin Craig’s Conservative Party a day or two ago.

It targets local National MP Maurice Williamson personally, by name and photo, with a quote of Maurice comparing gay marriage to marrying your dog (and joking he’s OK with it: “… as long as you keep your dog off my front lawn I don’t care.”)

So reading between the lines, Colin Craig is spending a promotional budget now, feeling the ‘gay marriage’ (Marriage Equality) Bill gives him some traction. Interesting. 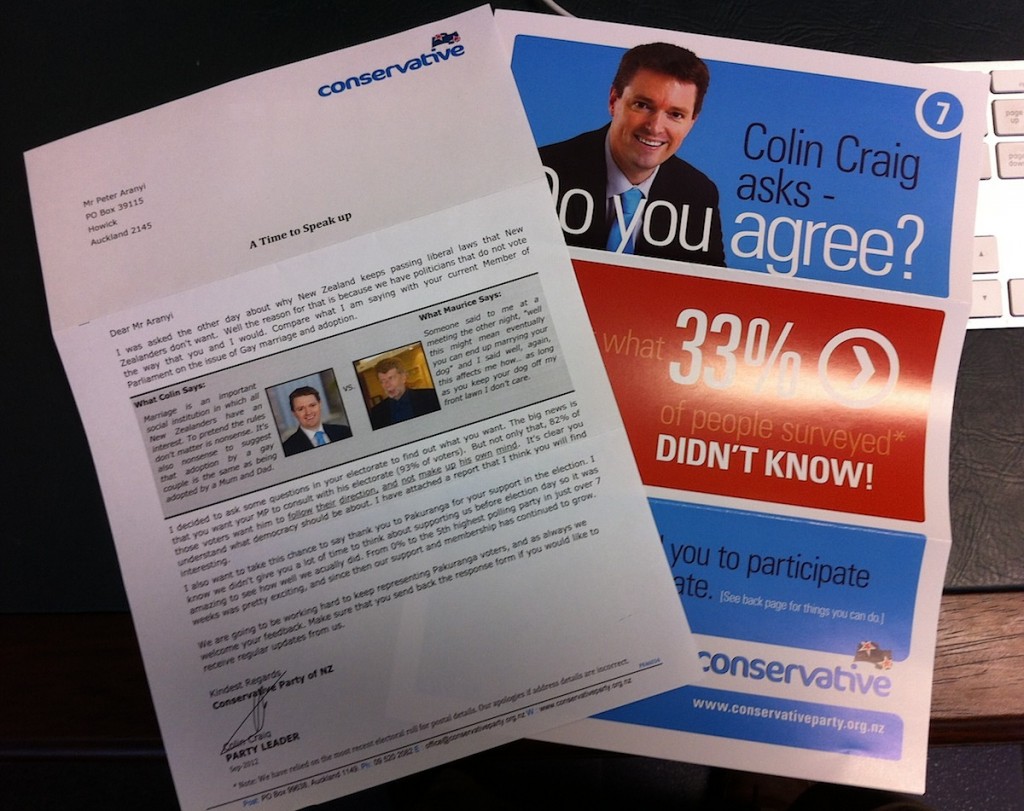 It’s been a while since we discussed Colin Craig’s Conservative Party. Remember Conservatives have more fun?