« This thought, about internet bullying, surprised me.
Rotating through the (political, really) excuses for climate change scepticism (denial, really) »

Maurice Williamson. ‘Blood on the floor’ … and now maybe in the water? 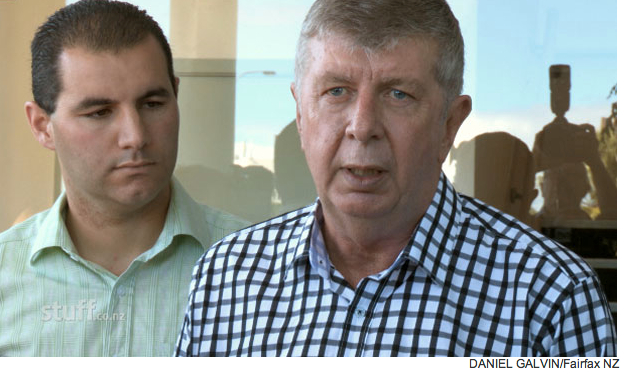 Maurice Wiliamson, flanked by apprentice and neighbouring MP Jami-Lee Ross, delivers the news that he was forced to resign.

Nobody’s perfect. Personally, I think Maurice Williamson is a saint with the patience of Job. I’ve seen him sit through two Scholars’ Assemblies at my daughter’s college and not fall asleep or disgrace himself by unfortunate scratching or leering at teenage lasses.

When I think about how he’s been the local MP for 27 years, and I multiply that by the number of school prize-givings, gala openings, private Citizenship ceremonies for wealthy non-English-speaking investors, and whatever other worthy causes he’s supported as MP over the decades, well, whatever the perks of the job, I wouldn’t want it.

As I mentioned last year, I encouraged Maurice in his ‘stand’ for gay marriage — not that he needed any such boost from me — and I was happy for him to have a few minutes in the spotlight as a result of his speech in support of Louisa Wall’s bill. In fact, a number of National MPs distinguished themselves by supporting that bill — conservatives like Chris Auchinvole impressed me with their reasoned arguments for what I saw as progressive legislation.

Anyway, if you’ve followed the news, you’ll know that Maurice Willimson was effectively fired by PM John Key earlier this week — he had no option but to offer his resignation, knowing it would be accepted.

The allegations of impropriety against him were very serious indeed. It’s useful to read the transcript of Maurice’s statement to the media and the interrogatory Q&A which followed — available here via Fairfax’s stuff.co.nz.

These are exceptional circumstances. Mr Williamson seems to persist in the idea: ‘I didn’t see my phone call to police on behalf of a wealthy donor to the National Party facing charges of domestic violence who does’t live in my electorate and whose citizenship application I had earlier intervened in, and who I personally swore in as a citizen in my office the day after his application was approved by a fellow cabinet minister against official departmental advice … was wrong, but it’s been seen by others as wrong, so I’m gone.’ (paraphrased)

Which is an untenable defence, it seems to me. It’s worse than that.

Here’s a short clip of Mr Williamson being questioned, rather aggressively, by TV3 political reporter Patrick Gower. It’s worth hearing:

That does not sound good, does it? In my view Patrick Gower’s questions were an appropriate attempt to penetrate the fog of incomprehension (at best) that Mr Williamson seemed stuck in.

As I said, I have a soft spot for Maurice Williamson. (He’s my local MP, by the way, and I’ve voted for him.) But in the context of Papakura MP Judith Collins and her … questionable dealings with another big donor to the National Party (her husband’s employer Oravida) there’s not a lot of appetite for the sight of a cabinet minister/MP giving special treatment to a wealthy Chinese businessman who donated $22,000 to the National Party. 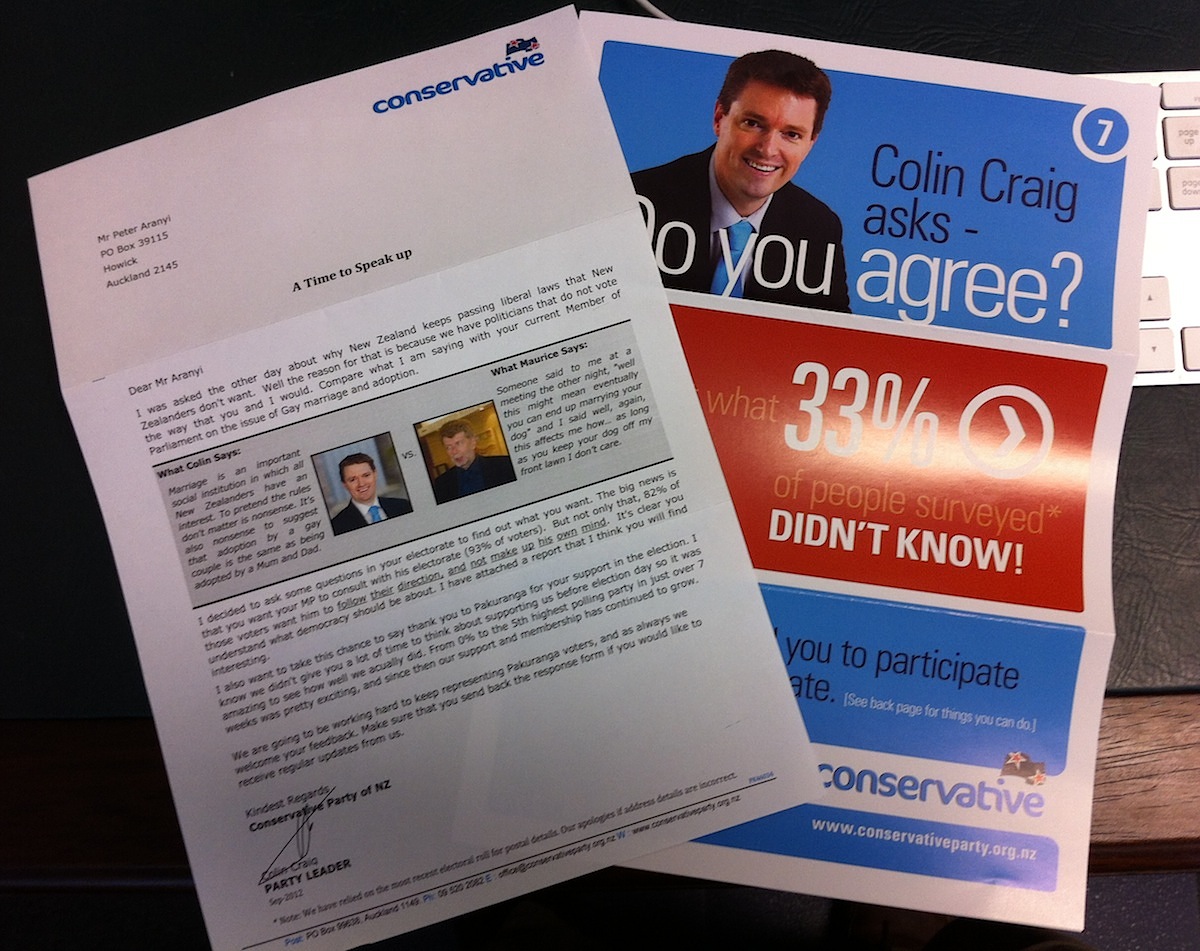 Now, Colin was raised in Howick. I wonder if Maurice, huge electorate vote majority or not, might look like a softer target for Colin … softer than either Murray McCully in Eastern Bays or Paula Bennett, who’s put her foot on the new Upper Harbour electorate.

“I haven’t ruled out standing there myself. I did grow up in Howick and Pakuranga, I played cricket for Howick-Pakuranga, my father taught at Pakuranga College so there are ties to that electorate.
“It’s an area that I know, an area that I grew up in and then from there it’s a genuine area that I could represent,” [Colin Craig told the NZ Herald].

Twenty weeks away from an election. Hmmm.