I predicted here and elsewhere that the recording of the now infamous election campaign ‘cup of tea‘ between ACT Epsom candidate John Banks and National Party leader John Key or a transcript would be released … I called that “inevitable“. 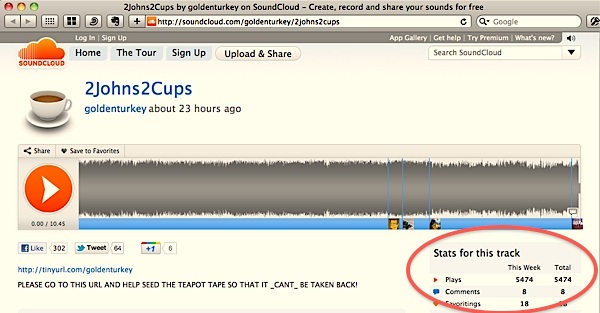 The recording is now available at multiple locations. This ‘cleaned up audio’ version has had five and a half thousand ‘plays’ in less that 24 hours, and, as I write this, a different copy has had about 22,000 plays at YouTube demonstrating considerable public interest, I suggest. (See my post ‘public interest’ vs ‘the issues that matter’).