Mystery object was a bug!

So. it transpires that the ‘cup of tea’ stunt was bugged, and the Herald on Sunday‘s intrepid David Fisher has the recording (kudos, David).

How could that happen? And was it deliberate? Dunno. 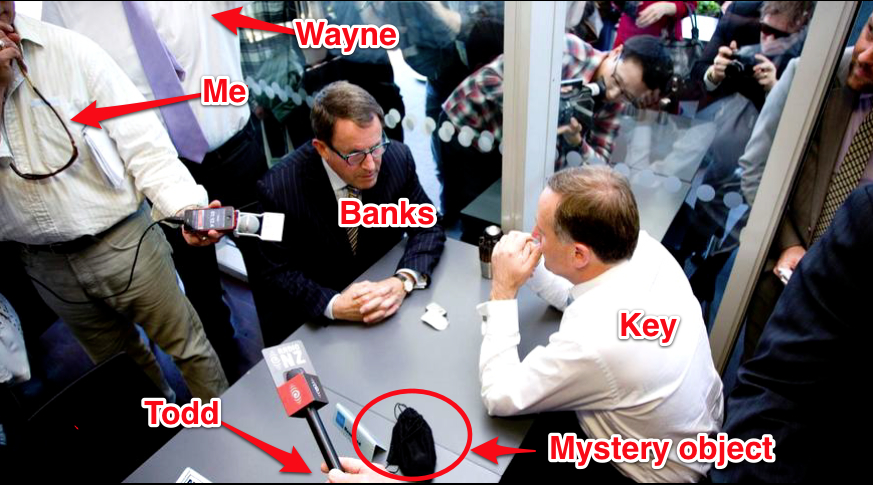 Here's the scene at the supremely stage-managed 'cup of tea' on Friday. That's me on the left. The seemingly ageless Wayne Eagleson is John Key's chief of staff, Banks & Key at centre, and just in shot my former RNZ colleague Todd Niall's hand with his mic. Note the 'mystery object' in plain sight. Shortly after this we were bustled out by the PM's Diplomatic Protection Squad goons, one of them somewhat aggressively grabbing my gear and shoving it away ... but leaving the mystery object RIGHT THERE ON THE TABLE. (Pic: Dean Purcell NZ Herald) Click to enlarge.

Here’s my shot as we were being shepherded out like geese by Wayne (right) and the gorillas DPS. Note the mystery object the PM’s security detail left in place on the table next to him. 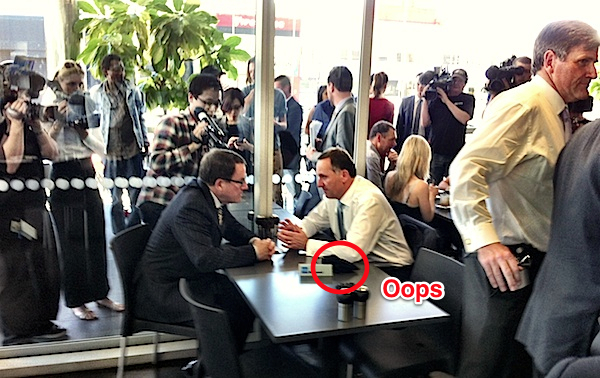 Well, it was hardly a private chat anyway ... but leaving a recording device on the table? Doh. (pic: Peter Aranyi)

Hands up who wants to hear it, or read a transcript? I do. It strikes me as amazing if they actually talked about any matters of substance while in a glass box surrounded by media. Kinda stupid of them if they did, wouldn’t you say?