« One of my favourite right wing vixens pulls the plug, citing her children
Quote approval is a defeat for journalists any way you look at it. Call their name. »

A nice description of the journalist’s conceit (as in fanciful notion, not pride) 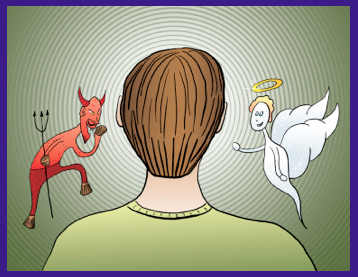 From Jeff Himmelman’s NY Times review of Yours in Truth — A Personal Portrait of Ben Bradlee.

Some journalists seem incapable of seeing flaws in themselves or their heroes. They suspend their professional skepticism as if they’re not bound by the usual rules of gravity. It’s a kind of self-important higher-calling disease that has made some among us less responsive to the public. In Brad­lee’s life as relayed by Himmelman, even the shrewd and remote editor gets consumed by his own celebrity — followed by adrenaline withdrawal — in Water­gate’s wake.

In a book he wrote in 1975, “Conversations With Kennedy,” Brad­lee tars his old friend for pettiness and vanity in what feels like envy for the one person more charming and powerful than himself. (This, by the way, is exactly what Himmelman does to Woodward in “Yours in Truth,” pointing out rough spots in the name of love and friendship.) We find there’s a mean speck to Brad­lee’s brashness. “He knows that he’s hurt some people,” Himmelman writes, “but in the grand scheme he doesn’t let it slow him down all that much.”

Yah. Journos can be very tough friends to have because we have this urge to demonstrate a kind of impartiality or forthright honesty even when at times it’s confusing and inconvenient and hurtful to others. Journalists, as Himmelman says, ‘tar’ even those we respect and like.

On the other hand, there can be a media love affair with a public figure, with members of the press offering them a kind of non-critical honeymoon. But deep down, we feel conflicted about that too and look for ways to redress any imbalance, and offer a whack to keep us ‘balanced.’

People who misunderstand that can sometimes accuse us of being two-faced, but there’s a kind of noblesse oblige which applies — an (imperfect) attachment to ‘the truth’ which is at the heart of the Ben Bradlee/Washington Post legend and story. 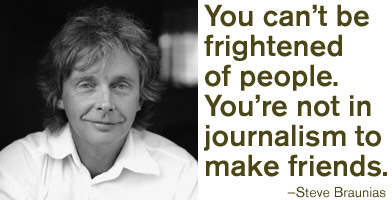 As we discussed when considering Michael Hastings in The new breed of journalist-commentator and Playing whack-a-mole with ‘da media’ an ’embedded’ journalist can find themselves in a very conflicted place. They can be dangerous:

“Having a journalist around is like having a pet bear. Most of the time it’s really cool, but once in a while it’ll bite your hand off.” — Michael Hastings after General McChrystal resigned following being quoted in Hastings’  Rolling Stone article and the subsequent scandal.