I was encouraged by a comment recently in a BBC interview with John Podesta, former Clinton chief of staff and Obama administration transition head… Podesta says he sets out to be an independent even critical voice, and adds this proviso:

The value of a direct approach 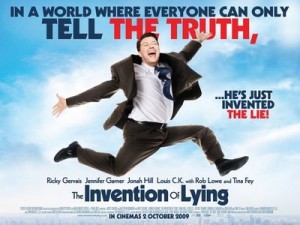 I recently met a really bright guy in the early stages of his career as a personal development guru.

It was a real pleasure to talk with him — he is mentally alert, has a keen sense of humour, a good memory for relevant quotes and appropriate anecdotes.

He also seemed abundantly ambitious to grow himself and his personal brand while, it seems to me, painfully aware that he needs to avoid the corrosive effects of unsubstantiated hyperbolic claims.

We talked pretty frankly about some of the “types” we’ve both come across in the personal development/’wealth creation’ (bleurgh) game and I was open with him about my reaction to the tactics I’ve seen used by those who market themselves as … well, as things they are not.

I could see (and he told me as much) that he wasn’t used to such straight talk.

We agreed that many people seem to suffer from a terrible debilitating “Will you like me?” anxiety … which can shred their authenticity and credibility. It can prevent them telling the truth.

Sometimes a listener can feel or sense this unspoken ‘withhold’ … but not know what is being hidden … they just perceive that they can’t trust the speaker.

Better, far better (as I told this guy) that I reveal my thoughts about a topic — or person — to you up-front … than for you to discover later — the hard way — that an operator who you’ve stumbled across, or been steered to, is a rogue and liar. (In my opinion or experience, I mean.)

How useful is it to you for me to later disclose to you (after you’d been burned):
“Yes, I thought that might happen, but I didn’t want to say anything.”

A fat lot of good that is!