« Watchdog issues warning about Sean Wood Property Tutors enterprise
Is it OK for Don Brash to call a journo ‘a deceitful bastard’? » 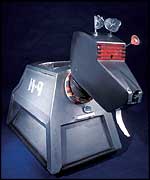 I watched Sandra Grey of the Keep MMP group pretty much wipe the floor with Dr Who’s faithful assistant Jordan Williams (right) in a brief discussion panel/debate about the MMP referendum compèred by Sean Plunket on TV3’s The Nation on the weekend. (video here) Poor Jordan ducked and dived, bobbed and weaved. He didn’t want to disclose how his ‘group’ (cough) decided SM (FPP in lipstick) was their ‘preferred option’ in the upcoming referendum on NZ’s electoral system. No, of course he didn’t.

And since then I have observed the cherubic puppet, blow up doll proxy repeatedly trying to pick a fight with Winston Peters — even, apparently, attending the NZ First launch on Sunday to ‘challenge’ Peters to a debate, then unleash multiple desperate whimpering ‘Media releases’ against Peters pleading to be noticed. (groan)

What a clumsy effort, Jordan. And yet, here I am, talking about it. (Why, the boy’s a genius! ) Peters responded to the [reportedly] Peter Shirtcliffe-driven campaign’s intended use of Peters’ name and image in yet another of the anti-MMP group’s negative attack ads on politicians this way:

Mr Peters dismissed [the anti-MMP group] as the epitome of elitism. “They only have 250 members, it’s appalling that they get so much publicity without the plausibility of membership. This is a disgrace in a democracy.”
Asked if he would debate with Mr Williams, Mr Peters replied: “You have got to be joking. They desperately need some respectability and I don’t intend to give it to them.”

… and I tend to agree with Peters on that point in bold.

So much for integrity? 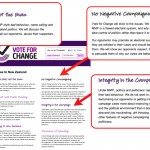 Remember the anti-MMP group’s apparently dubious ‘Pledges to New Zealand‘? (Claims of ‘Integrity’ in the anti-MMP Campaign accompanied by smear tactics) The ‘No negative campaigning‘ flimsy fig leaf dropped from Mr Shirtcliffe’s sleazy anti-MMP campaign pretty early on, as previously demonstrated. Same with the ‘Play the ball not the man‘. I’m not calling them liars, but in my view the people behind this campaign are not only showing their true colours, they’re revealing their paucity of ideas … and relevance. Really. Why make the ‘Pledges’ only to break them so egregiously? 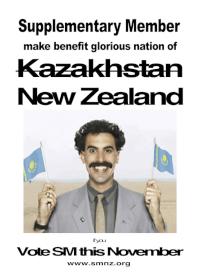 The focus on Winston Peters as their latest MMP bogeyman (“Should one man decide who is Prime Minister?”) seems desperate, vacuous and intellectually dishonest, in my personal view. I’m not a Winston Peters supporter (he’s likable though), but left in the dust of Jordan the Boy Wonder’s (scripted-for-him?) spin and rhetoric is this inconvenient fact:

In 1996 NZ First won 13% of the vote and 17 seats in Parliament. Thirteen percent. So, yeah, Jordan, Simon, Cameron, Ralph, Mr Shirtcliffe, if that ‘one man’ happens to be the leader of a Party that attracts that much popular support when ‘Neither of the two traditional major parties (National and Labour) had enough seats to govern alone, and only New Zealand First had enough seats to become a realistic coalition partner for either’(Wikipedia) well, guess what?

Politics is just arithmetic, after all.
Let’s just remind ourselves why we as a nation dumped First Past the Post. Remember these travesties of ‘democracy’? …

Gee, which is the fairer and more representative system? Let me think. (But I’m not saying MMP is perfect. Look at Epsom and Ohariu. Yuck. The 5% threshold and the 1 seat threshold must/should/will be reviewed.)

And leave aside your opinion of how Peters and his NZ First ‘gang of 1996’ squandered that support. They faced the electoral backlash. But they won 13% of the vote in 1996… and under MMP, those votes counted. Where is NZ First now? Trying to get back in to Parliament after being turfed out. Karma.

It seems extraordinary to me that someone with Jordan Willliams’s level of edumacation and verbal dexterity would allow himself to be hypnotized and used as a pawn in such a shadowy and insubstantial enterprise — a campaign seen by many as a war against representation in a democracy. Of course, it may be that he’s been promised a bright future. Dunno. Haven’t asked him.

As I see it, if Peter Shirtcliffe and Simon Lusk and their gormless acolytes like Jordan Williams want to influence democracy in this country, let them take their courage in their hands — as Peters has, as Brash has, as Hide has, as Harawira has, as Sharples has, as Bradford has, as Issacs has, as Banks has — and let them stand openly as candidates for election … and see how they get on.

And Jordon? Come on. Don’t be such a goose. Wise up. 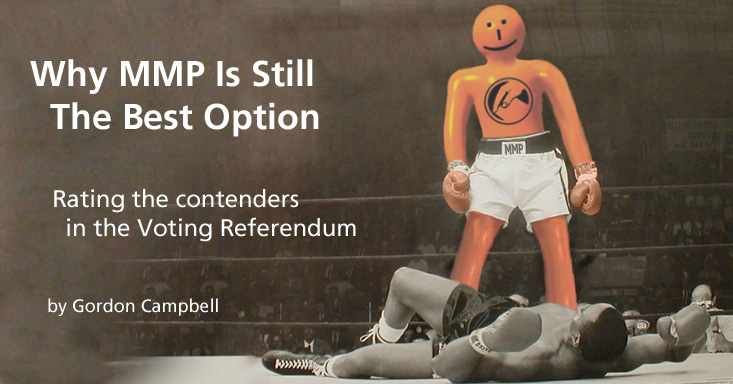 MMP has flaws, but the alternatives to the current voting system are much worse (image: werewolf.co.nz – click)