« Incredible Science
The internet’s ‘completely over’ — or is it just blogs? »

Surely this is an argument for lifetime bans from business and legal practice. 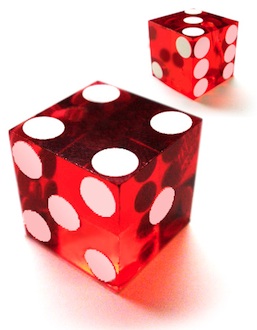 It was a surprise to read over the weekend that Blue Chip’s shonky lawyer had, like Mark Bryers and other crooks, come back for a second bite of the cherry — i.e. just as with Bridgecorp’s Rod Petricevic, the failure to drive a stake through this arsehole’s professional heart after an earlier debacle meant he used his ‘second chance’ to destroy a whole new bunch of people’s dreams and make them miserable.

I’ve said before the real crime of the Blue Chip-type investment rort is that it penalised those who got off their chuff to do something about providing for their own retirement. From my observations, I saw the BC snake-oil slippery sales operation targeted naive people with equity to exploit. (And oh boy, they were SLICK!)

My former colleague, now Herald on Sunday business editor Maria Slade’s story Lawyer’s past censure hushed shows the Law Society fluffed a previous ‘censure’ and restrictions on Jonathan Mathias — which had been in response to previous misconduct and skulduggery by the lawyer. They allowed him to recommence his practise, with the past misconduct (including raiding funds in trust accounts) swept under the carpet.

Let me be clear: the scam that was Blue Chip was only made possible because ‘repectable’ ‘professional’ faces like Mathias, and Walters Law and Lowthers accountants (not to mention the former cabinet ministers John Luxton and Wyatt Creech and former senior Simpson Grierson law partner Jock Irvine) lent their names and reputations — their ‘legitimacy’ — to the Mark Bryers blood-drinking circus.

In my personal view, those professionals, not the window dressing directors, effectively connived and conspired with Blue Chip to enable them to extract money and equity from the investors. (I think I read that 75% of Mathias’ business was from Blue Chip — so, ask yourself: Who was he working for? The buyer/investor or Blue Chip?)

In 2006, Blue Chip recommended Mathias to Judy and husband Bruce instead of their regular lawyer, because he had done numerous Blue Chip agreements and “knew exactly the ropes”.

So the Bartles, whose only income is the pension, entered a joint venture agreement which involved them borrowing $630,000 – more than their Amber Dr home was worth.

They were led to believe they were only borrowing $137,000 and the rest would be taken care of by Blue Chip, Judy says.

The Appeal Court has ruled that the mortgages the Bartles were left with were “oppressive”. Earlier the High Court upheld their claim against Mathias. It said Mathias conveyed a “very misleading impression”.

and it still does.

I have known spruikers who (much as Blue Chip did) directed their victims, oops, ‘clients’ to use a particular accountant, or lawyer or mortgage broker to ‘assist’ them to buy associated party or commission-earning ‘bargains’ … this co-promotion was supposedly on the basis that so-and-so is a ‘top expert’ (legend in his own lunch box) or ‘understands these deals’ (sometimes a lease-option or wrap or deposit bond etc) and what’s-his-face broker supposedly having access to funding sources that will make your dreams come true. Riiight. Tell that to the Bartles.

Now-bankrupt Investors Forum rat-bag Dan McEwan at least had the guts to answer my question when I asked him directly whether the lawyers and other professionals he ‘recommended’ to his clients paid Investors Forum a kickback. Yes, they did, he told me.

Dozens of small investors in McEwan projects are millions of dollars out of pocket, as one development after another goes to mortgagee sale.

In the High Court at Auckland late last week, McEwan was adjudged bankrupt over a $978,000 debt. Troubled finance company Hanover Finance told the court it was also owed $4 million.

But McEwan’s own lawyer had earlier told the Auckland District Court that his 70-year-old client, who claims his only source of income is a pension, owed in excess of $100 million.

So it was with one of last season’s self-proclaimed property gurus. Will the current crop will fare any better?

It seems to me, personally, that this season’s batch of pond-scum wide-boys and spruikers — the usual suspects — are just operating a low-rent, two-bit version of the Blue Chip or Investors Forum scams … complete with hyperbolic up-selling. (Although they promote themselves as so much more, naturally.)

For a bit of nostalgia, read Graeme Hunt’s Listener feature on Bridgecorp’s woes which opens with this:

Regulators are gunning for failed finance boss Rod Petricevic. But if they had acted 20 years ago, there would have been no collapse of Bridgecorp.

Yeah. That’s how it is, y’all.
Right now we have convicted fraudsters and recidivist charlatans and spruikers running around — covering up their dubious past, misdeeds and misconduct. In some cases, seeking to have any record or mention, even discussion expunged or censored to stop their past misdemeanours cramping their style on their second or third bite at the cherry.

It’s disheartening to say the least when one reads that the con-artists have gotten cleverer at evading detection, polishing and perfecting their scam, doing their best to sweep incriminating information under the carpet … and have been effectively ‘aided and abetted’ by incompetence (or worse?) by some at the regulatory bodies.

Reading Maria Slade’s story I think: ‘Shame on the law society’ — but not just them. Was the Companies Office likewise asleep at the wheel? IRD? Commerce Commission?

This is not to say I’m against forgiveness. Not at all.

Crikey, I myself have benefited from the chance to change direction in my life, to put past mistakes behind me, and I have had to apologise to people I’ve wronged and seek forgiveness for situations I’ve bungled. (Hell yes.) I’ve also paid restitution and fines of every colour and hue.

I guess it just steams me when I see crooks and con-artists pulling a second coming.