« By an amazing coincidence
Australia’s mining boom: Stealing Aboriginal lands from beneath their feet. Yet again. (BBC) »

Why has @TheNBR been so #slippery about their apology to Phil Kitchin and @DomPost?

I wouldn’t normally highlight a retraction and apology from a newspaper as I did yesterday (see: By an amazing coincidence) regarding The National Business Review‘s by-all-appearances-brokered-to-head-off-legal-action retraction and apology to Phil Kitchin and The Dominion Post. (There but for the grace of god, etc …)

But it seems to me as a reader, not a journalist, the NBR has been extremely slippery about this one.

Orginally, on Friday morning the apology was placed in tiny type  (I mean TINY: The image below is the apology text in my browser) atop the very same David Cohen article to which it refers — and behind the NBR’s paywall. (Are they serious?) 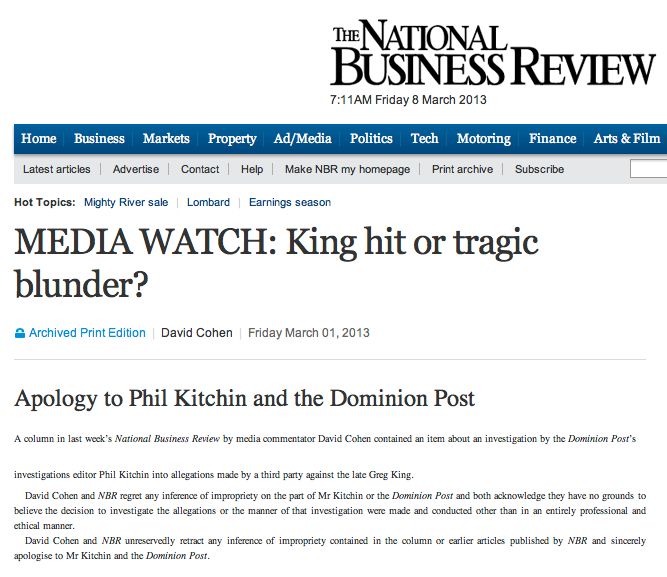 Read the fine print (if you can). The NBR “published” an apology in tiny print and right on top of the article it sought to retract … and behind a paywall. No marks for trying, NBR. (click to see full size  = not much bigger)

I tweeted the apology’s ‘appearance’ on Friday morning to the groans of other journos and a prediction from Russell Brown (@publicaddress) that it would NOT satisfy the agreement reached presumably between the parties’ lawyers.

Within hours the apology was taken down again, with the Cohen page, and it failed to appear in search results: 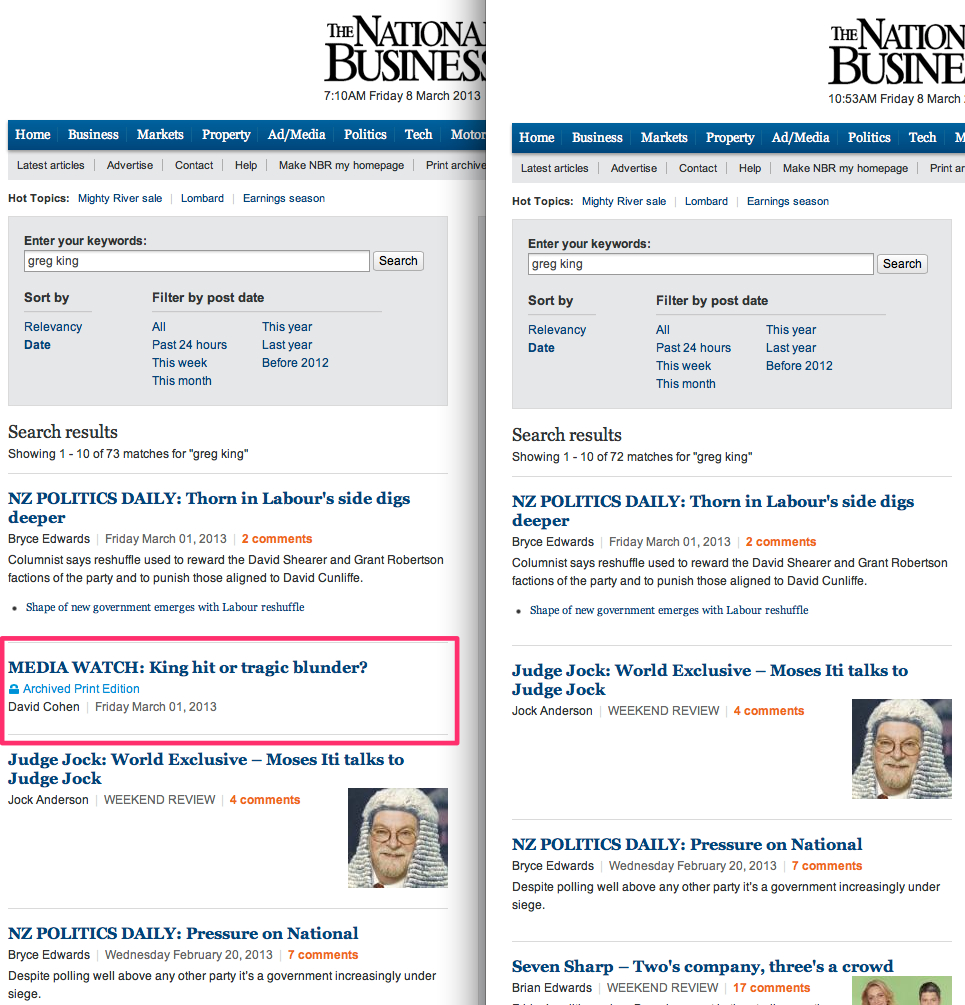 Then, with discussion on Twitter (I know, shoot me) indicating that the ‘infringing’ David Cohen article had been the lead story, free, on the NBR website last Saturday, it seemed a good idea to look at the NBR website on Saturday. When I checked, sure enough: 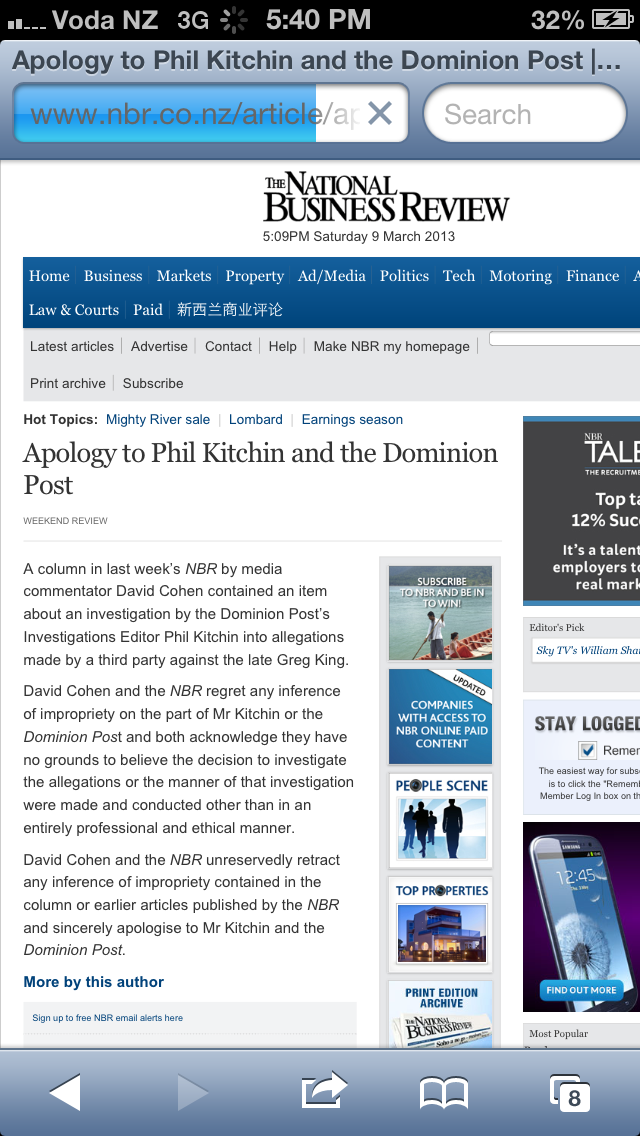 Now that’s more like it. I changed the link in my earlier post from my behind-the-paywall-shot to that new page and thought that was that.

But here we are Sunday evening … and … that link is dead. (Try it, and let me know if you don’t get a 404 error.) The retraction and apology appears to have been, erm, retracted from the NBR website.

Which, truly, surprised me. It also makes me, personally, question the sincerity of the ‘sincere apology’.

David Cohen and NBR unreservedly retract any inference of impropriety contained in the column or earlier articles published by NBR and sincerely apologise to Mr Kitchin and the Dominion Post.

Do they mean sincere for just 24 hours?

The printed version, on page 3, seems prominent enough. So, perhaps we are watching The National Business Review team (like the rest of us) working through its ‘new media’ teething troubles/growing pains getting to grips with these types of issues.

From my point of view, they’ve hashed this episode.

The elephant in the room, of course, is to wonder what is (presumably) going on in the background with NZ Truth, which made such a meal of the allegations against Phil Kitchin and The Dominion Post — allegations and  speculation which the NBR has now retracted and apologised for, albeit a little hamfistedly.

I guess time will tell.