From 12 Questions: Bruce Sheppard by Sarah Stuart in the NZ Herald today:

6. Who taught you cynicism?

Better question would be what, and that is simple – time and experience. Not much is what it seems, and the world has been spun to hopelessly complex levels for what appear to be very limited useful outcomes. By being sceptical I aim to peel away the nonsense of issues and look for the beauty within. Sometimes the inner evil is so great that I have to shout loudly, using colourful language or costumes. In a world of mass media it is easy to be drowned out. 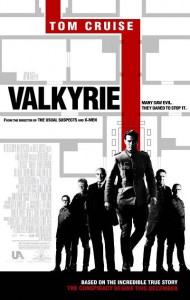 ‘Many saw evil. They dared to stop it.’

Yes. Whistle-blowing, as we have discussed a number of times, can be COMPULSIVE. See: Is there a ‘whistle blower’ personality type? (Hint: yes.)

And sometimes people speak up about wrong as they see it — to their own detriment, and damage in other parts of their lives.

Remember: if there was no risk it wouldn’t take guts.

On a related note, DO WATCH Russell Brown’s Media3 (available on demand here) for a strong interview which I was lucky enough to watch being taped with journalists/authors Nicky Hager and Jon Stephenson. They discuss Bradley Manning, Wikileaks and whistle blowers here and abroad. Hager’s view of Manning’s contribution to history is worth absorbing. I think he’s right.

Also discussed is how government officials, including NZ Prime Minister John Key, can be seen to have engaged in efforts to discredit inconvenient truth-tellers (I’ve recorded Mr Key’s past efforts to, as I see it, smear Hager, who wrote blockbuster The Hollow Men and, separately, the Tea Pot Tapes cameraman). Jon Stephenson talks, carefully, about his recent legal moves to push back against some of that and details disturbing threats he’s personally received.