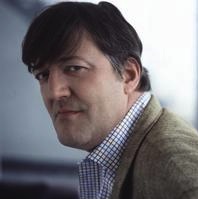 Stephen Fry has apologised over a Twitter tiff that saw him threaten to quit the microblogging service.

Even by the speedy pace of life in the twittersphere, it was one of the shortest break-ups in history.

After being called ‘boring’ by a fellow twitterer, Stephen Fry shocked his near-million followers by announcing: ‘I retire from Twitter henceforward. Bye everyone.’ Twelve hours later, however, he was back, apologetic, and feeling ‘more sheepish than a sheep and more twattish than a twat’. (Via NZ Herald.)

I find this episode instructive at all sorts of levels. Leave Stephen Fry’s mental state out of it. That’s a given, and (perhaps) the price he pays for his incredible, wonderful, stupendous, marvellous talent — and his creative drive. I think he’s brilliant, as I have said before.

One aspect that catches my eye is the ‘defence’ of Mr Fry by his ‘faithful’ very quickly amounted to/descended into abuse and ad hominem attacks on his ‘umble critic.

This was the shot heard around the world:

“I understand @stephenfry’s tweets but, much as I admire and adore the chap, they are a bit… boring…. (sorry Stephen).”

“Whereas yours are so fascinating I can barely contain my fluids.” Twenty minutes later, he issued his declaration of tweet retirement.

Not much, is it? A statement of opinion. Followed by a fitting riposte, it seems to me.

The wild cavalcade of abuse — the backlash from Fry’s “followers” — was as immediate as it was ridiculous:

Fry’s followers attacked brumplum… One told him he had “ruined twitter” and many accused him of homophobia, owing to a misunderstanding related to a comment made by someone else under the title “envioushomo”.
Alan Davies, Fry’s friend and co-star on the television quiz QI, joined the row, calling brumplum a “moron” and a “wanker”.
Those who came to the defence of brumplum were branded individually by Davies as being a “prick”, “halfwit”, “tosser”, “moron”, “dickhead” and “prat”.

Fry, as befits my picture of him, reflected on the shitstorm and sent his ‘critic’ this even-handed message:

“I am so sorry to hear ppl have been abusing you. You had every right to say what you did. Pls accept my apols. This is so awful.”

Quite right, Stephen (of course he’s not reading this, but WTH). Good on you. Well said.

We all have a bit of fanboy tucked away inside ourselves, but need to remember:
Attack the argument, or the action, even the statement, but leave the person alone, unless severely provoked.*

But does it strike anyone else the oh-so-tenuous a grip they have on their “leader”? Such a gush of loss. Has losing Miley Cyrus sent such a wave of panic through the tweetersphere?