Smallest surprise in the world 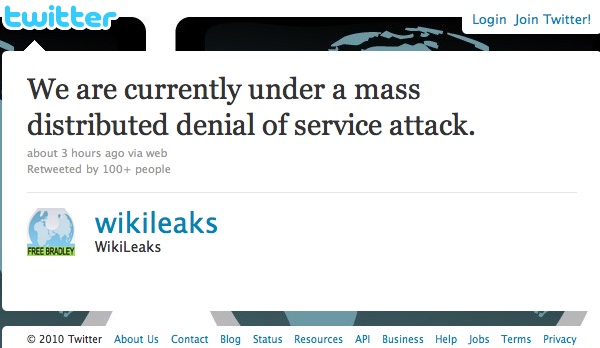 To be expected, surely?

The day of release of the widely-telegraphed US embassy cables, of course someone will have a crack at WikiLeaks. Thus, the strategy of release to multiple news organisations.

They can hardly complain about dirty tricks, when they’re leaking stolen documents. It’s only going to get worse for them. As I noted earlier Julian Assange and the Merry Folk of WikiLeaks are up against agencies that lie and distort and misinform as their duty.