« Steven Price: ‘wider factors to consider’ in recent online gagging order
This is what I mean by ‘chilling’ … » 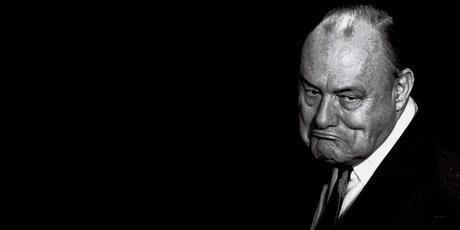 Sir Robert Muldoon. My mum loved him like a hero. No kidding. (Pic: Imagebank)

I remember an interchange I had with Sir Robert Muldoon back when I was a young Press Gallery reporter and he resembled an aged warrior chief — still with teeth, and claws and MIND more than sharp enough to puncture those he wanted to, don’t-you-worry-about-that.

It’s here, in comments on my post ‘Banks: Doing the basics very well‘:

Muldoon, even in semi-retirement, had an aura that was almost palpable. The few times I interviewed him (as an older lion) he had a chilling effect on me. Honestly. The guy had something.
He was very straight with me, though. ‘I’m always on the record,’ he said to me when I asked if we could talk off the record pre-interview.

I greatly respected that ‘I’m always On the Record’ stance. I still do.

It can be personally disempowering to agree to keep secrets. In the New Age personal development world (EST etc) there’s a communication concept (probably ripped off from the Church of Scientology) called ‘THE WITHHOLD’ — it’s when you have knowledge or information (not always bad or ‘dark’) — knowledge that you’re not sharing.

Sometimes we sense it in others by ‘intuition’ (or ‘gift of discernment’ in some contexts). We may not know WHY we don’t trust that person at that moment, we just have a sense that they’re withholding something (geddit?) from us.

Agreeing to holding secrets, therefore, can put you at risk of that … inauthenticity.
So, I’m really, really reluctant to do it. (But I will if I’ve promised you.)

I’ve had cause to think about this in the last few days, and sought out what I wrote about it here on The Paepae in 2009:

Do people OWE you the truth? I’m not so sure. If they’ve promised it to you, YES.

You could say the very act of communicating — of asking someone to believe you — contains an implicit undertaking that what you are saying is the truth. Unless you say, “Look, I can’t go into ALL the details, or reasons for this, but that’s just the situation” … but even that seems dodgy, sort of like sins of omission.

I know I have felt constrained in the past by a promise of confidentiality which has prevented me from explaining something fully, or sharing information that others would be interested in.
That felt bad, like a compromise. I’m reluctant to agree to be bound by such promises … they are isolating.

Some years ago I was in a situation where to settle a long dispute, NOT agreeing to a confidentiality agreement cost me thousands of dollars. Yes, I wanted that dispute to be over, but I did not want to be bound to the defendants (I was one of the plaintiffs) in any way, shape or form. I also didn’t want to not be able to be straight with people about the settlement. To me, it wasn’t worth the extra money to be gagged.

I’ve been reflecting on that.