« As part of this settlement, you agree not to tell the truth …
There’s no denying Sarah Palin is a talking point » 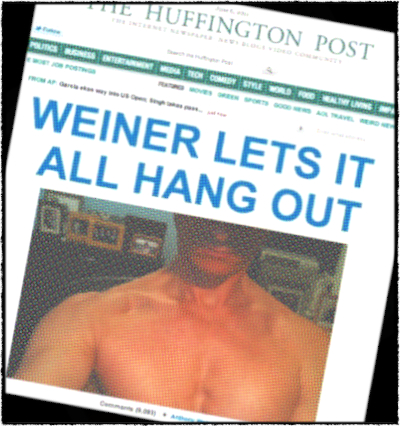 What % of those pushing the view that “any online sexual activity is newsworthy” for public figures would want that applied to themselves?

… and I agree with his point that even public figures are entitled to a private life. We all are.

But when exposed (no pun) to scrutiny, they can’t publicly lie. And ‘No comment, mind your own business’ just won’t hack it — that won’t put out the brushfire. So what are they to do to keep a non-story from becoming a story? (Because that’s what it is. The Congressman’s deceit made it a story.)

I’m not aware of any actual crime committed by Rep. Weiner … yet. (I don’t think private communication of photos of bits of your anatomy is a crime — that’s not ‘publishing’, IMHO.) * 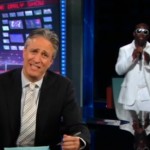 But his judgement was bad, as even his supporter Jon Stewart acknowledged, in his inimitable soul jam style.
Poor judgement is, electorally, a hanging offence. Sorry.

“Look, Congressman, if you’re sending pictures of your penis as bait to young women who follow you on Twitter, then you’ve got to go.” — Jon Stewart’s soul rap.

He also appears to be addicted. And that’s truly a sad place for him to be.

Tell the truth. The phrase poked at Bill Clinton the whole of his candidacy and presidency to justify the prurient, outrageous over-interest in his private life was: ‘It goes to character …’ which strikes me as a pretty broad brush.

Really, there are some things that, as my hero Peter McWilliams said: ‘Ain’t nobody’s business if you do’… and therefore, questions that need NOT be answered, despite the clamour of the slavering crowd. But telling lies (or denying the truth = same thing) is not OK.

In Weiner’s defense, it’s extremely easy to slip-up and turn a private Twitter message into a public posting. Weiner apparently confused a DM with an “@ mention,” a public Twitter post directed at a specific user but visible to anyone on the service.