I can see Pakistan from my house. Security clearance? You betcha!

Oh, boy, those White House photographers must have an ultra-plus-plus security clearance, huh?  Here’s Pete Souza’s pic of the gang watching the Osama Bin Laden ‘kill or capture’ mission LIVE-as-it-happens … just like TV show 24 only the body count is real. Imagine being there. 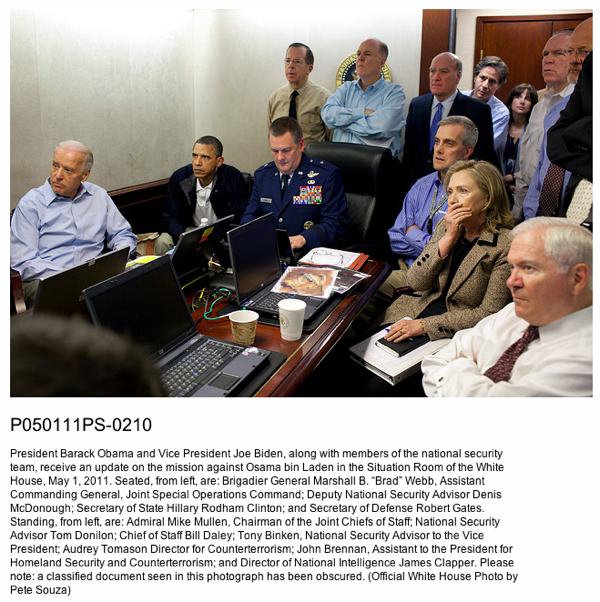 You've got to wonder whether those identified in this photo are all under surveillance by foreign intelligence agencies ... if they weren't they will be now, I guess. (Pic Pete Souza, The White House flickr stream - click) 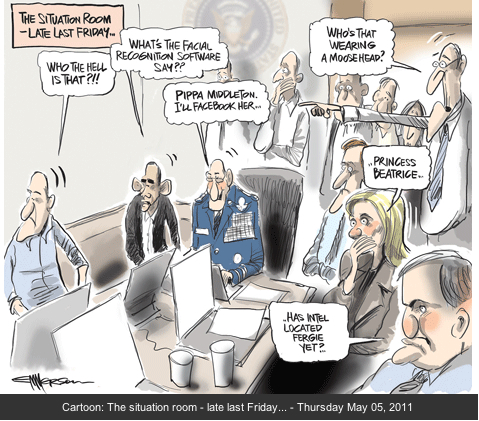 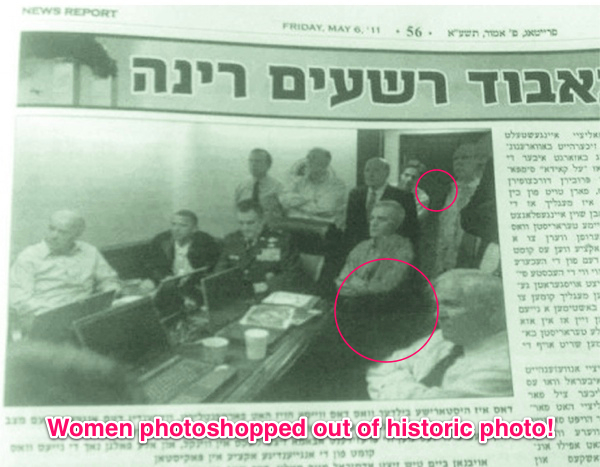 Bending reality. Why would I believe a single word in that deceitful excuse for a rag? What shocking disrespect — not for women, for the TRUTH.