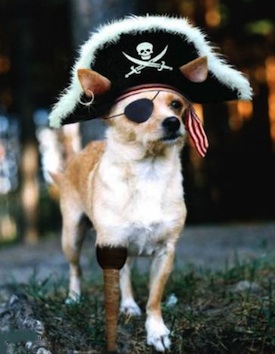 I’m reading a version of Robert Louis Stevenson’s Treasure Island to my young son. This neat interchange caught my eye:

Soon the Captain waved his hand for silence and we all stopped talking, except for the good doctor, who went on speaking loud and clear. The Captain glared at him and commanded —”Silence below decks!”
Dr Livesey turned to him and said one thing —”I have never before found the need to listen to scoundrels, and I certainly shall not make any exceptions tonight!“

Over the weekend a local property personality & spruiker did me the honour of comparing me to outspoken Australian real estate consumer advocate Neil Jenman. (See earlier mention at bottom of this post.)

He didn’t mean it to be a compliment. He described me as a “character assassin of the first grade” then launched into a vitriolic diatribe against me: hotly attacking my own character, truthfulness and motivations, accusing me of running a ‘very clever smear campaign’. He also wailed about my linking to quotes and evidence in support of my (perfectly fair, I think) criticisms of his past marketing methods.

From my point of view, his spittle-flecked attempt to demonize me demonstrates, once again, this particular spruiker’s thin skin when confronted with cogent criticism — and his favoured style of ‘argument’. (Truly, I don’t know what sparked it this time.)

One of my heroes, Senator Al Franken (author of Lies and the Lying Liars Who Tell Them) said:

“[Bill] O’Reilly keeps saying I’m a smear artist, but all I do is just say what they said… It’s jujitsu. You just use what they do against them. And when you do that, they get mad.”

And for the record:
Personally, I rate Neil Jenman very highly. I’m flattered by the comparison, honestly.

Neil is an outspoken incisive enemy and thorn in the side of venal property spruikers, deceitful con artists, dirty dealers and dodgy developers. He has courage by the bucket-load and doesn’t waste time with dishonest half-wits.
(I wonder why my volatile critic and his mates don’t like him? Oh, wait…)

Despite a massive smear campaign that has been going for at least five years, Jenman’s critics have failed miserably in their attempt to silence him.
In fact, it seems that the critics have actually aided Jenman. Most members of the public realise that the people who are criticising him all have something in common, they are either anonymous or are involved in the property industry. Yes, they are spruikers.
It’s obvious to anyone who does the most basic research that 99.9 per cent of Jenman’s critics are those whose dodgy businesses are affected because of Jenman’s campaigns to protect the public.

Being singled out for abuse and smear by that type of operator is an honour, in a way.