« Paranoid (?) but a whistleblower
A gushing review from Steve Goodey »

How cool. Asperger’s poster boy Jim Parsons has won an emmy for his role as Sheldon Cooper in The Big Bang Theory: Outstanding Lead Actor In A Comedy Series. 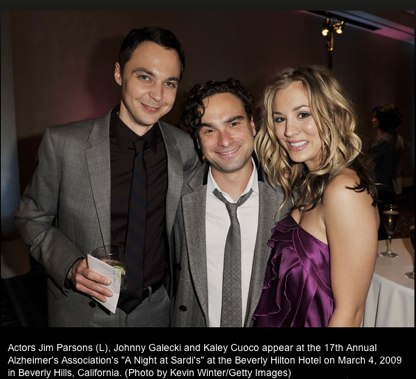 I applaud this talented comic who has been a real ambassador for geeks and people with Asperger’s everywhere. Along with the cast and creators of the hit show, he’s helped shift the public image of those afflicted with such ‘syndromes’ (sigh). It’s more common now to see them as bearing certain gifts and talents and making a positive contribution to society albeit with their so-called ‘fixations’ and sometimes embarrassing or inconvenient honesty. Yay.

Good on him. Good on them.

Remember this neat Stand Up to Cancer video? ‘It’s up to every single one of us…’