« Honest opinion
Tread softly because you tread on my dreams »

Overcome the past by FACING it 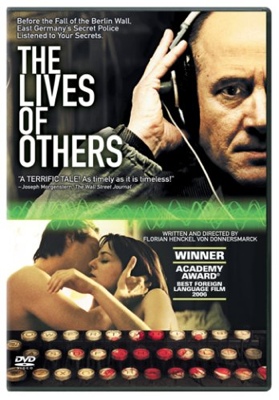 This article (below) from The Guardian‘s ‘Comment is free’ site reminded me of the wonderful, uplifting movie The Lives of Others which featured the late Ulrich Mühe in the role of a world-worn East German secret policeman whose job it was to bug a playwright’s apartment and report on the goings on. I won’t spoil the plot for you in case you’ve yet to see the movie but it’s surprising and heartwarming. I recommend it.

Sparked by the recent overthrow of dictatorial leadership in several Arab countries, writer Timothy Garton Ash makes a cogent case for the ‘truth and reconciliation commission’ or ‘overcome the past by fully examining it’ approach to dealing with past crimes against humanity … paying tribute to Germany’s hard-won expertise … as opposed to the ‘Pact of forgetting‘ that was for so long the Spanish response to their terrible Civil War and Fascist General Franco period … but even that shell-shocked stoicism is crumbling, thank god.

I found his ideas and his writing gripping from his opening paragraph:

Like it or not, Germany still provides the global benchmark for political evil. Hitler is the devil of a secularised Europe. Nazism and the Holocaust are comparisons people reach for everywhere.

Godwin’s Law, named after the American free speech lawyer Mike Godwin, famously states that “as an online discussion continues, the probability of a reference or comparison to Hitler or to Nazis approaches 1”

That is something today’s Germans have to live with. But there is a brighter side to this coin. For out of the experience of dealing with two dictatorships – one fascist, one communist – contemporary Germany offers the gold standard for dealing with a difficult past.

Read on at guardian.co.uk

Personally, I think the approach Timothy Garton Ash spells out for nations also works for businesses and (gasp) families. Crimes and grubby little secrets disempower us …

‘Sunlight is the best disinfectant’ the saying goes.