NY Times: Dealing With Assange and the Secrets He Spilled

Very interesting article Dealing With Assange and the Secrets He Spilled by Bill Keller in the NY Times. 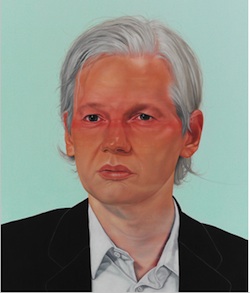 The reporters had begun preliminary work on the Afghanistan field reports, using a large Excel spreadsheet to organize the material, then plugging in search terms and combing the documents for newsworthy content. They had run into a puzzling incongruity: Assange said the data included dispatches from the beginning of 2004 through the end of 2009, but the material on the spreadsheet ended abruptly in April 2009. A considerable amount of material was missing.
Assange, slipping naturally into the role of office geek, explained that they had hit the limits of Excel. Open a second spreadsheet, he instructed. They did, and the rest of the data materialized — a total of 92,000 reports from the battlefields of Afghanistan.

At one point Keller describes Wikileaks as “a secretive cadre of antisecrecy vigilantes”… doh, Bill, who’s being ‘credulous’ now? What do you expect? Of course they’re secretive! Just like journalists hunting a story or working up confirming sources. (The NY Times and other media granted access Der Speigel and The Guardian, set up a password-protected “conveniently searchable and secure database” for the WikiLeaks material and “Back in New York we assembled a team of reporters, data experts and editors and quartered them in an out-of-the-way office.”)

Add to that the very real aspect of the ‘intelligence’ manhunt/vendetta against Assange, and yeah, I think they have every right to be ‘secretive’ … or even ‘paranoid’ as discussed here earlier … and seems justified? Bill Keller:

An air of intrigue verging on paranoia permeated the project, perhaps understandably, given that we were dealing with a mass of classified material and a source who acted like a fugitive, changing crash pads, e-mail addresses and cellphones frequently. We used encrypted Web sites. Reporters exchanged notes via Skype, believing it to be somewhat less vulnerable to eavesdropping. On conference calls, we spoke in amateurish code. Assange was always “the source.” The latest data drop was “the package.” When I left New York for two weeks to visit bureaus in Pakistan and Afghanistan, where we assume that communications may be monitored, I was not to be copied on message traffic about the project. I never imagined that any of this would defeat a curious snoop from the National Security Agency or Pakistani intelligence. And I was never entirely sure whether that prospect made me more nervous than the cyberwiles of WikiLeaks itself. At a point when relations between the news organizations and WikiLeaks were rocky, at least three people associated with this project had inexplicable activity in their e-mail that suggested someone was hacking into their accounts.

Read it at NYTImes.com