« Get it off your chest, I say. It’s better.
No hard feelings – present some facts »

What ‘letting it slide’ can cost you

From a review of Apple CEO Steve Jobs’ appearance at a recent tech Q&A:

Jobs acknowledged that the next-generation iPhone photographed by Gizmodo was circulating as a part of the normal testing of wireless products. “To make a wireless product work well you need to test it. You have to carry them outside. One of our employees was carrying one. There’s a debate about whether he left it in a bar, or it was stolen out of his bag,” he said. “This is a story that’s amazing — it’s got theft, it’s got buying stolen property, it’s got extortion, I’m sure there’s some sex in there… the whole thing is very colorful. Somebody should make a movie out of this.” 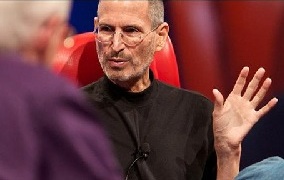 Jobs said that although he was advised to lay off Gizmodo in the aftermath of the story’s publication, he decided to pursue the matter out of principle. “When this whole thing with Gizmodo happened, I got a lot of advice from people that said you’ve got to just let it slide. ‘You shouldn’t go after a journalist because they bought stolen property and tried to extort you.’

And I thought deeply about this, and I concluded the worst thing that could happen is if we change our core values and let it slide. I can’t do that. I’d rather quit.”
— Full review by Jason Snell at MacWorld

Not that I am comparing myself with Steve Jobs, but — I relate to that about core values.

Sometimes one feels compelled to make a stand, pursue a point, stick with exposing an important issue — despite a chorus of “Let it slide” from well-intentioned advisors (or gatekeepers, in the case of PropertyTalk). But, as Jobs points out, caving in is actually the worst thing you can do — it compromises your core values, damages your integrity.

* Video below the fold from AllThingsDigital