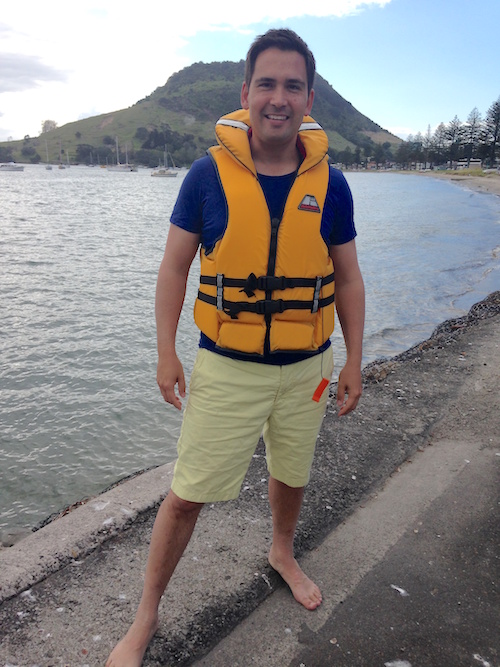 Seriously, it’s a lovely column. Go and read it if this stuff appeals to you. With bonus Edglering in the comments.

Bravo to all concerned.

Even my Tory mates think Simon Bridges is wearing a hole in his credibility with this ‘faux-outrage’. 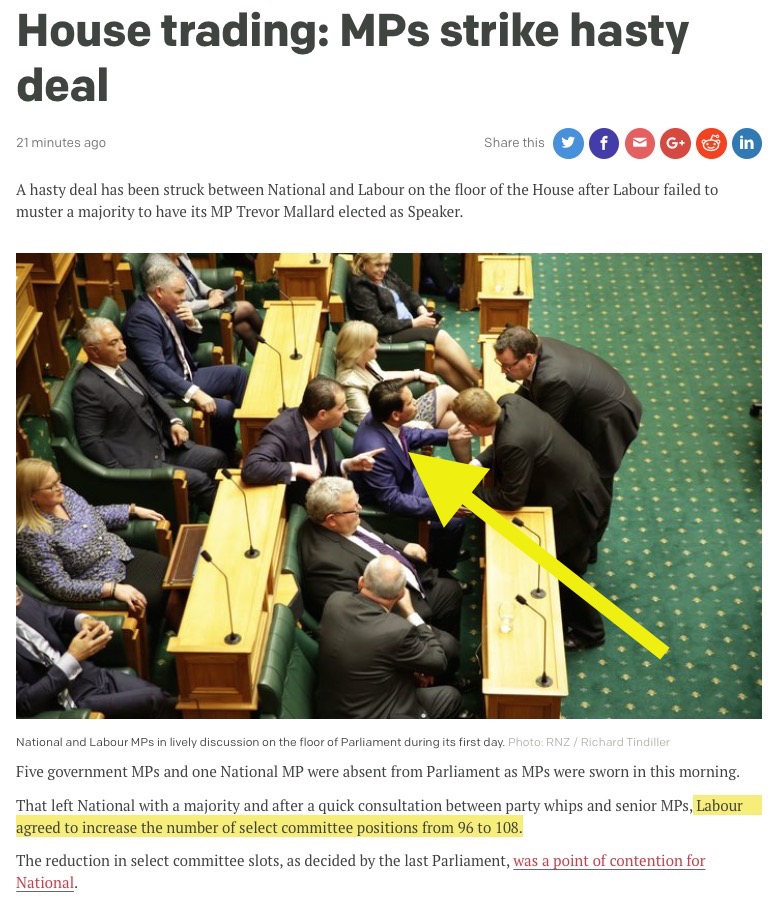 A hasty deal has been struck between National and Labour on the floor of the House after Labour failed to muster a majority to have its MP Trevor Mallard elected as Speaker.
Five government MPs and one National MP were absent from Parliament as MPs were sworn in this morning.
That left National with a majority and after a quick consultation between party whips and senior MPs, Labour agreed to increase the number of select committee positions from 96 to 108. 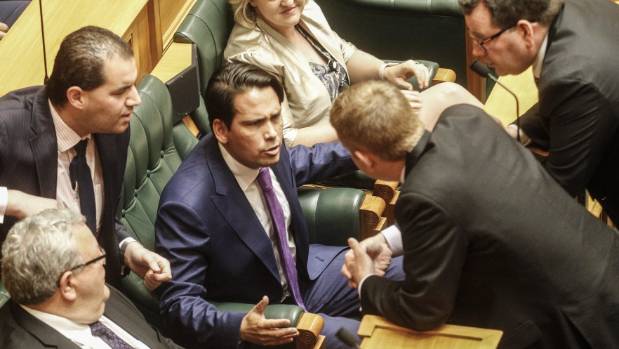 Some people in this photo are … being misleading. (Journalists look for euphemisms in these situations.) In politics, just like in business, one remembers the names of those who cheated you or acted with deceit. (Pic: Kevin Stent, Stuff)